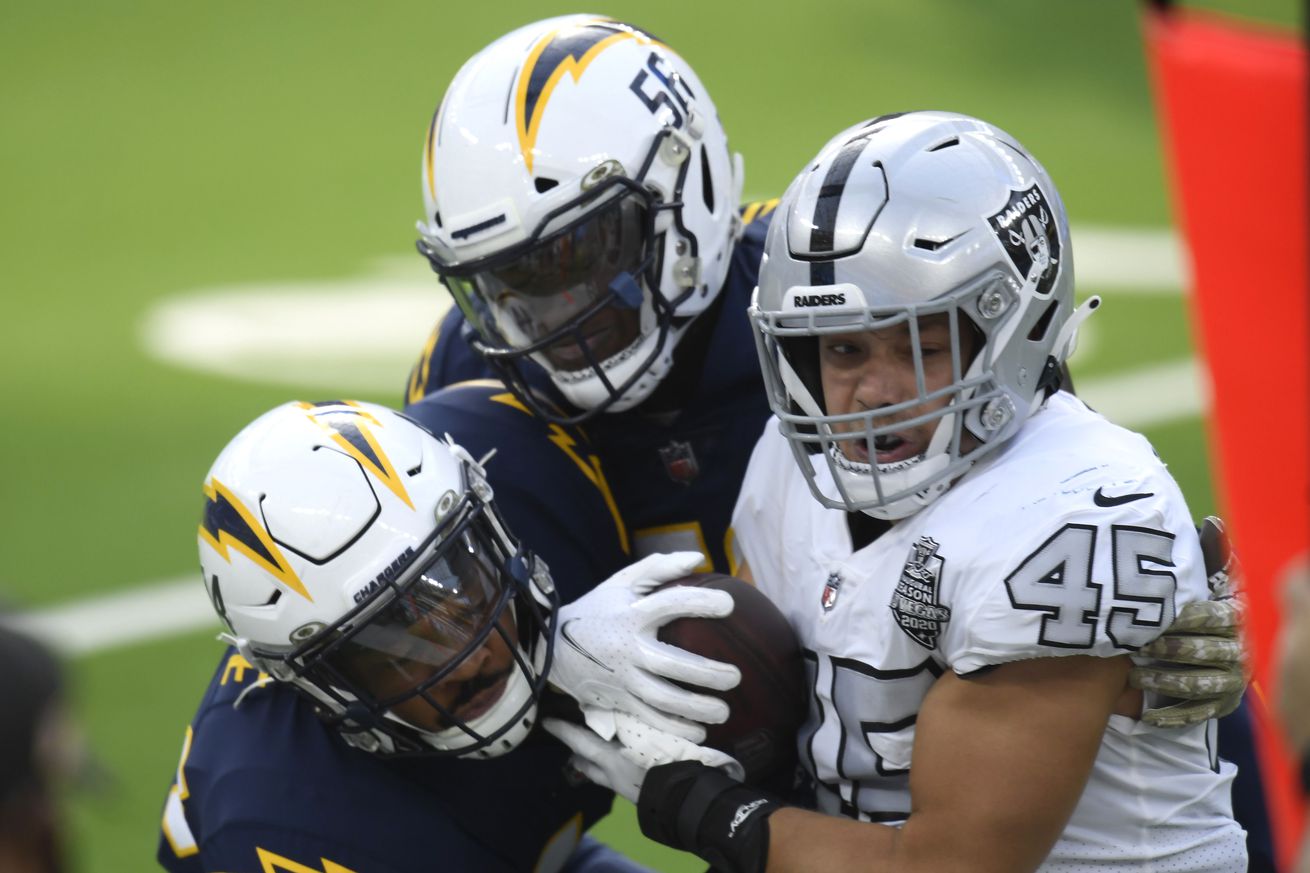 Las Vegas Raiders fullback Alec Ingold had X-rays taken on his injured ribs on Monday afternoon and coach Jon Gruden said he is “concerned” about the injury.

Ingold was hurt on the Josh Jacobs touchdown run in the second quarter of the Raiders’ 31-26 win at the Los Angeles Chargers on Sunday. Ingold was taken to a local LA hospital, but he was released and flew back to Las Vegas that evening.

The Athletic reported the Raiders are bringing in an unnamed fullback on Monday, so that could be an indication that Ingold may miss time.

Ingold is awaiting X-ray results and Gruden said he is “concerned.” I do know the Raiders have another fullback coming in today. https://t.co/R1jDc1T6p1

Gruden uses the fullback position more than many NFL coaches do. However, if Ingold is out for an extended period of the time, the Raiders have enough varied pieces on offense, that Gruden could easily adjust his playbook.

Meanwhile, Gruden didn’t have any update on right tackle Trent Brown, who is on the reserve/COVID-19 list. On Sunday, NFL Media reported Brown will be out for about a month.

Gruden did say he believes starting cornerback Damon Arnette will be back to practice this week and he is hopeful defensive tackle Maurice Hurst (ankle) and defensive end Arden Key (foot) may be able to return soon.