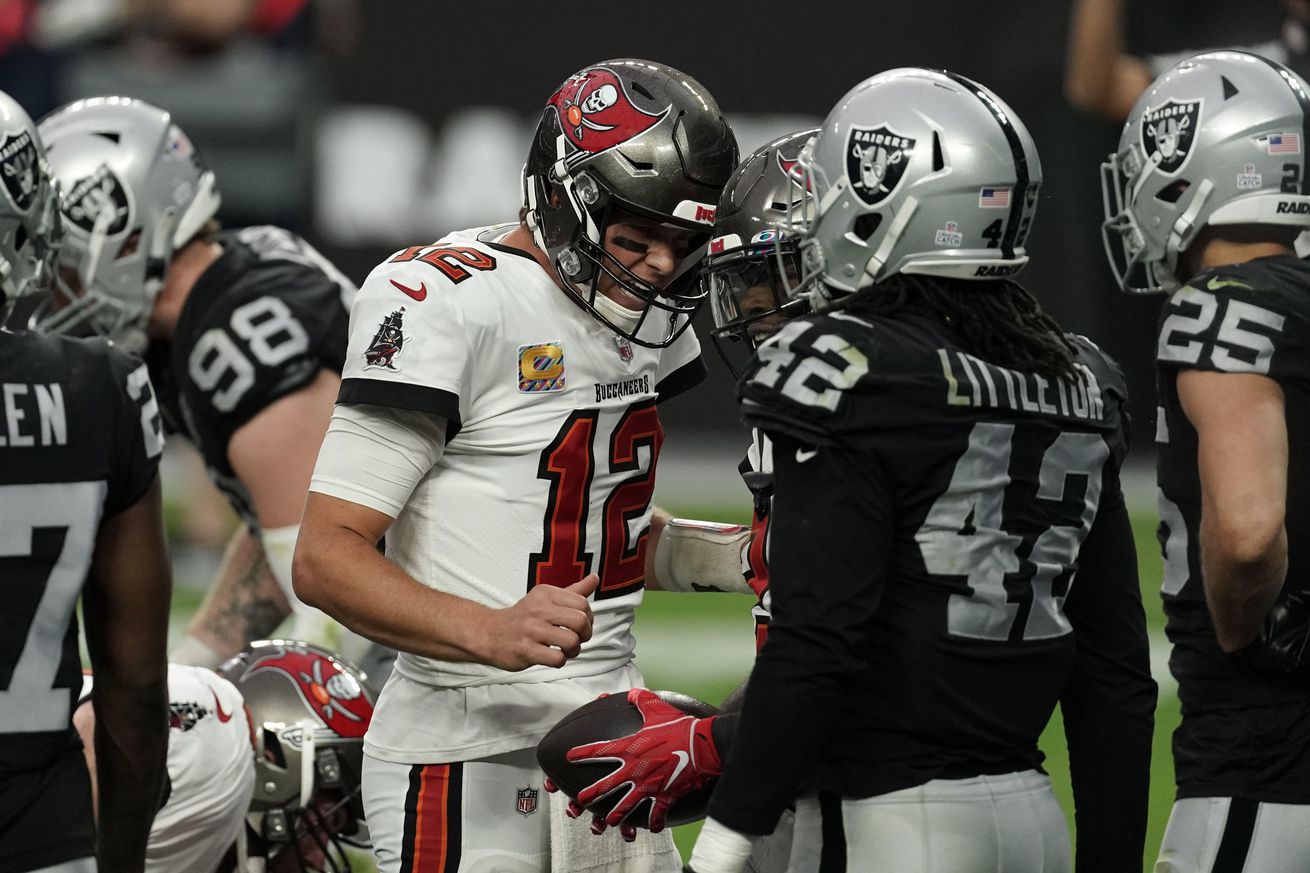 Do the Las Vegas Raiders have the worst defense in the NFL? That’s not a title that the Dallas Cowboys want to give away without a fight, though in Sunday’s 45-20 loss to the Tampa Bay Buccaneers, the Raiders did something that the Cowboys have not done this year or most any other years: post an EPA of -30 or worse.

Las Vegas had an Expected Points Added of -30.56 in the loss, their worst EPA on defense since at least the year before the figure’s record keeping goes back on Pro-Football-Reference, which make it since at least 1993.

The Raiders have had plenty of terrible defenses over the last three decades. In fact, they haven’t finished in the top 16 for points allowed since 2002. They’ve been ranked 20th or worse in all by one of the last 18 years. In Oakland, the Raiders finished last in points allowed in both 2014 and 2018, Jon Gruden’s first year back at the helm, but it could be that this franchise hasn’t had a defense this bad since before Gruden’s initial run with the team in the nineties.

Though Vegas was playing without starting safety Johnathan Abram because he was on the COVID-19 reserve list, that will hardly explain how the Raiders defense has seemingly gotten worse from last season despite added experience for young players and added veterans to the starting lineup in free agency. With Cory Littleton, Nick Kwiatkoski, Maxx Crosby, Clelin Ferrell, Maliek Collins, Trayvon Mullen, Lamarcus Joyner, Maurice Hurst and Carl Nassib all healthy and playing against Tampa Bay, the Raiders still managed to post a pass defense EPA of -33.62.

Brady also added a rushing touchdown against the Raiders. Think it’s easy for just any QB to score from one yard out? Derek Carr has three rushing touchdowns in 100 career games. Brady has seven in the last two and a half years.

One aspect of the game that really hurt the Raiders defensive EPA was how often they’d stop a player just short of the goal line before eventually letting Tampa Bay get in anyway, as well as critical mistakes on third down.

Even with Mike Evans only catching two of two targets for 37 yards, the Buccaneers were able to gain at least 70 yards on four of their first six drives, three resulting in touchdowns. With a not-so-comfortable lead of 24-20 in the fourth quarter, Tampa Bay converted 3rd and 13, 3rd and 2 (on a pass interference call against Mullen) and 3rd and 4 on their way to a Chris Godwin touchdown catch.

The Bucs need only wait about 40 seconds until their next offensive touchdown, a one-yard run by Ronald Jones following an interception by Carr.

Another short wait preceded Brady’s final trip out to the field and the Buccaneers converted on 3rd and 7 and 3rd and Goal to get a sixth touchdown against the Las Vegas defense. Though touchdowns carry the biggest EPA hits for obvious reasons, Tampa Bay also managed to get:

Were these plays followed by stops, the Raiders would have had a tremendous day on defense somehow. But allowing the Bucs to score so many touchdowns — plus a field goal — is what gave Las Vegas their worst defensive day on EPA in at least 28 seasons.

It used to be that a 30-point offense could make you a threat, but not if you’re allowing 32.8 per game like the Raiders currently are allowing. Vegas hasn’t allowed fewer than 24 points in any contest and they’ve given up at least 30 in five of six. A high-scoring offense could keep the Raiders competitive, but they’ve scored 20 or 23 points in three of their last four games. All losses.

If the Las Vegas Raiders were putting up more points, this wouldn’t be as glaring of an issue. But because they have taken steps back on defense without clear and significant improvements on offense yet, Gruden’s team is 3-3 and once again looking from the outside-in at the postseason standings as the midway point of the season approaches.

The Raiders defense seemingly can’t be worse than this, which means it is bound to improve. But if it doesn’t, where does the team claim to be in the “rebuild” process now?