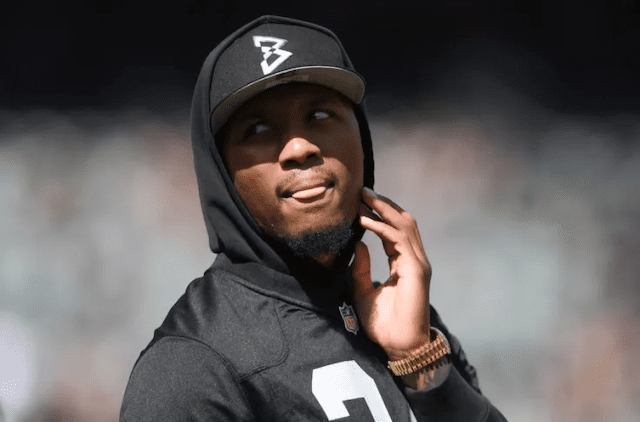 Despite their lack of regular-season success and playoff drought, the Las Vegas Raiders still have one of the more passionate and dedicated fanbases in the NFL.

The Raiders’ move to Las Vegas did not go over well with most people from California, but fans have shown their support for the team. Portland Trail Blazers superstar point guard and Oakland-native Damian Lillard has been an ardent supporter of the Raiders, and the point guard has not been shy about trying to recruit players to the team.

During the NFL’s free agency period, Lillard lobbied for the Silver and Black to sign well-regarded cornerbacks Richard Sherman and Patrick Peterson. The secondary is an area of weakness for the Raiders, and Lillard did his best to get Sherman and Peterson to consider signing with Las Vegas.

In his latest recruiting efforts, Lillard turned toward Kansas City Chiefs wide receiver Mecole Hardman after he requested a follow on Twitter.

Come to the Raiders tho?

Hardman has been a key part of the Chiefs explosive offensive attack since being drafted in the second round of the 2019 NFL Draft. The receiver is one of the fastest players in the league known for his game-breaking speed and even earned Pro Bowl honors in 2019 as a return specialist. With Sammy Watkins departing for the Baltimore Ravens, Hardman figures to be a key part of the Kansas City game plan during the 2021 season and should build upon what has been a successful NFL career so far.

While Lillard clearly would like to add more speed to the Raiders’ passing attack, Hardman is still under contract and would probably not consider a move anytime soon, given he is catching passes from superstar quarterback Patrick Mahomes. While it would be fun to imagine Hardman streaking down the sidelines for Las Vegas, Lillard and the rest of the fanbase will have to stick to rooting against him when the two teams meet.