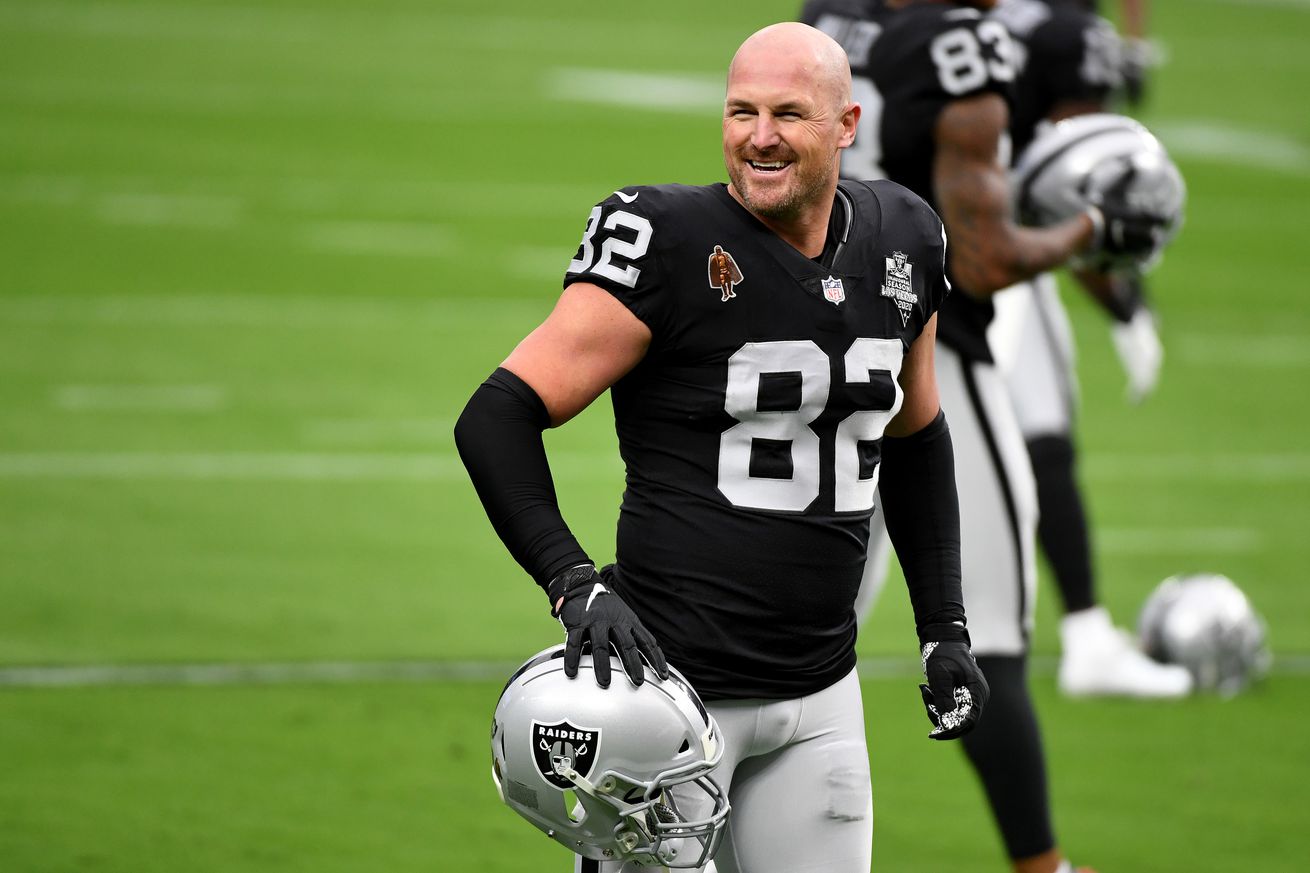 Welcome to SB Nation Reacts, a survey of fans across the NFL. Each week, we send out questions to the most plugged in Las Vegas Raiders fans, and fans across the country. Sign up here to join Reacts.

The Las Vegas Raiders’ victory over the Cleveland Browns on Sunday wasn’t exactly the prettiest win in the world. But you know what? They all count the same, and they’re all worth celebrating.

Especially considering that the Raiders were coming off a 25-point loss to the Tampa Bay Buccaneers, and desperately needed a win — any win.

After Raiders fans confidence had dipped to 79% following the Tampa Bay loss, it bounced all the way back up to 91% after the Week 8 win.

A Week 9 win over the Los Angeles Chargers would certainly lead to another spike in confidence, and here’s good news: an SB Nation Reacts poll of NFL fans suggests that the Raiders are favored in that matchup.

However, it’s not a game that fans are rushing to the couch to see. Instead, they’ve got their eyes on the Tom Brady vs. Drew Brees matchup, and a few other interesting games.

To vote in the Reacts surveys and have your voice heard each week, sign up here and just win, baby.