Wednesday — two days after Jon Gruden’s abrupt resignation as Raiders head coach following the leaking of several offensive emails he had sent during his time as an ESPN analyst — Raiders GM Mike Mayock took to the podium to make a statement and answer questions. Something owner Mark Davis has not only yet to do, but has on more than one instance refused to do.

Monday Gruden put out a statement

“I have resigned as Head Coach of the Las Vegas Raiders. I love the Raiders and do not want to be a distraction. Thank you to all the players, coaches, staff, and fans of Raider Nation. I’m sorry, I never meant to hurt anyone.”

To which Mark Davis said simply:

“I have accepted Jon Gruden’s resignation as Head Coach of the Las Vegas Raiders.”

And that was it.

Wednesday, ESPN’s Paul Gutierrez reached out to Davis in the hopes that two days after the fact, the Raiders owner will have had a chance to collect his thoughts and thus have something to say. He did not. In fact, his only response was seemingly worse than saying nothing at all.

“I have no comment,” Davis said. “Ask the NFL. They have all the answers.”

Just spoke with #Raiders owner Mark Davis: “I have no comment. Ask the NFL. They have all the answers.” Also confirmed that Mike Mayock remains GM and now has 51 percent control of roster decisions, with interim coach Rich Bisaccia at 49 percent. Was Gruden 51/Mayock 49 before.

The NFL should be answering some questions as well. But it’s very much on Davis to speak up and say what must be said. If for no other reason than optics and to keep anyone from having to interpret his words in a way he may not like.

One possible interpretation is that the NFL forced Mark’s hand in this and he’s not happy about it. Which, even if that’s true, it wouldn’t excuse the lack of a statement here. Mayock was forced to guess as to what Davis was dealing with.

Getting the answer straight from Mr. Davis would be great. But, again, he left it for his GM to come out and speak for him. Something Mayock claimed not to want to do, but was still put in the position to do so. First with regard to the decision for Gruden to coach last Sunday’s game despite the Raiders being in possession of the emails prior to the report on Monday.

“The reality of that is that Mark Davis really is the one that was dealing with that. And I think he felt like — and I don’t want to speak for Mark — but there was an awful lot of due diligence that had to go on inside of this. All I knew was a bombshell had dropped. The players talked about it, we talked about it with the players, Jon dealt with it and then, of course, I didn’t even know… Again, Mark was dealing with all the email stuff. We were trying to prepare for a football game. And then when the rest of it came out, I think Mark was already in the middle of his due diligence. I think he was trying to figure it all out. Again, I know what the guy stands for and I think he was trying to do the right thing.”

Then to defend the organization’s record on matters such as diversity and the like.

“The way I grew up the Raiders always stood for diversity,” Mayock said in his opening statement. “They had the first Latino quarterback Tom Flores who also became the second Latino head coach, the first African American head coach was Art Shell, the first female CEO was Amy Trask. Obviously, all of that was under Al Davis’s watch. Now, this week his son Mark Davis, I think, had a tough time. He had a tough week. He had to gather facts, he had to do his due diligence, and since the day I took this job almost three years ago, what Mr. Davis has preached has been three things; it’s been Diversity, Social Justice, and Domestic Violence.”

At some point Mayock spoke for himself and how he feels. And his answer was short, succinct, and appropriate for the situation.

“I do have emotion. And I am sad. And to be honest with you I’m sad for the whole Gruden family, not just Jon,” Mayock said. “But at the end of the day, we’re all accountable for our actions. And that’s how we have to look at it.”

All of that seemed easy enough to say. And it’s good to hear it from the GM, but he’s not the one who makes the decisions in the organization. That would be the owner. We should be hearing from that person. 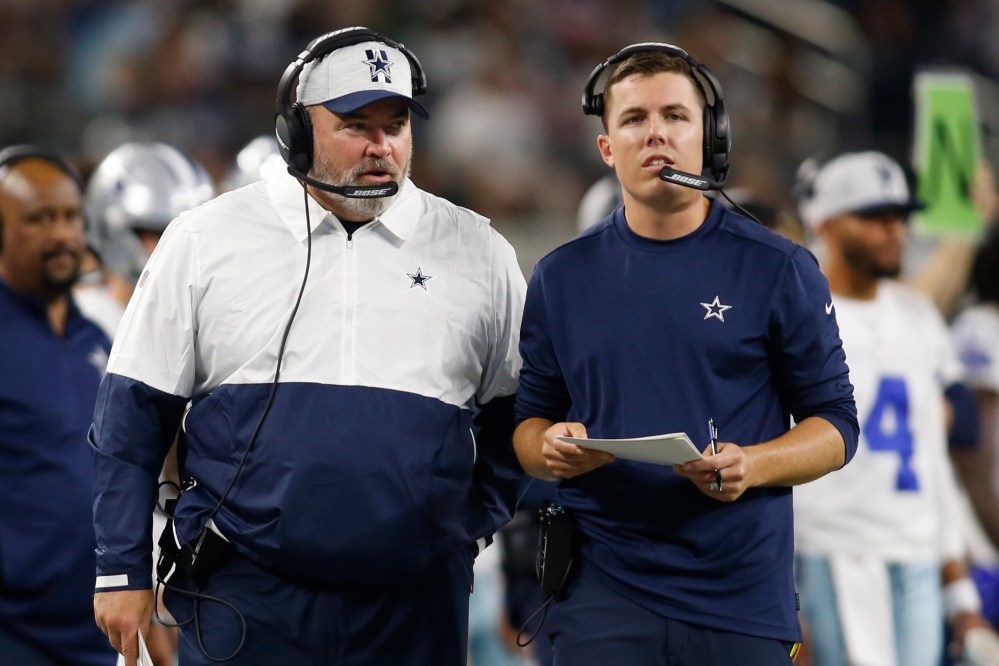