If we have learned anything about Mike Mayock and Jon Gruden over the last two years, they aren’t afraid to be aggressive and take chances. They will gamble on talent and both want their team to compete right now. That’s why it wouldn’t be a surprise if the team were “buyers” at the trade deadline.

But what position and players could they potentially target? Defensive tackle is a need, but are there any teams out there giving away top-end talent at a reasonable price? Probably not.

What about at wide receiver? The team did invest two top-100 selections this offseason into the position and Nelson Agholor continues to play well.

Is there any chance the team could make a blockbuster move for an elite receiver on a bad, rebuilding team? In a recent piece by Gary Davenport of Bleacher Report, he maned the ideal trade candidate for every team. For the Raiders, that was none other than Julio Jones. Here is a snippet of Davenport’s thoughts on the potential trade:

“After a convincing Week 5 win over the Chiefs, the Las Vegas Raiders might believe they can make a serious playoff push in 2020. And if that’s the case, head coach Jon Gruden and GM Mike Mayock should go big. Really big.

There isn’t a contending team that could use a big-time receiver more than the Raiders, who have an iffy group of pass-catchers outside tight end Darren Waller. All Julio Jones has done during nearly a decade in the NFL is top 1,100 yards seven times, score 59 touchdowns, average 96 yards per game and make it to seven Pro Bowls.”

Jones is still among the best receivers in football and is only 31-years old. After returning from his hamstring injury, he’s had two incredible games against the Vikings and the Lions.

It would take a lot to acquire a player like Jones, but he is the game-changing type of receiver that could turn this offense from good to great. However, it doesn’t feel all that likely that the Falcons would trade their All-Pro receiver and the Raiders might not be the best fit either considering all of their investments at the position.

Nevertheless, expect all 31 teams to call Atlanta should they eventually decide to move on from Jones. He’s a superstar receiver who is destined for the Hall of Fame. The Raiders should absolutely be interested in Jones if and when the Falcons decide to trade him. 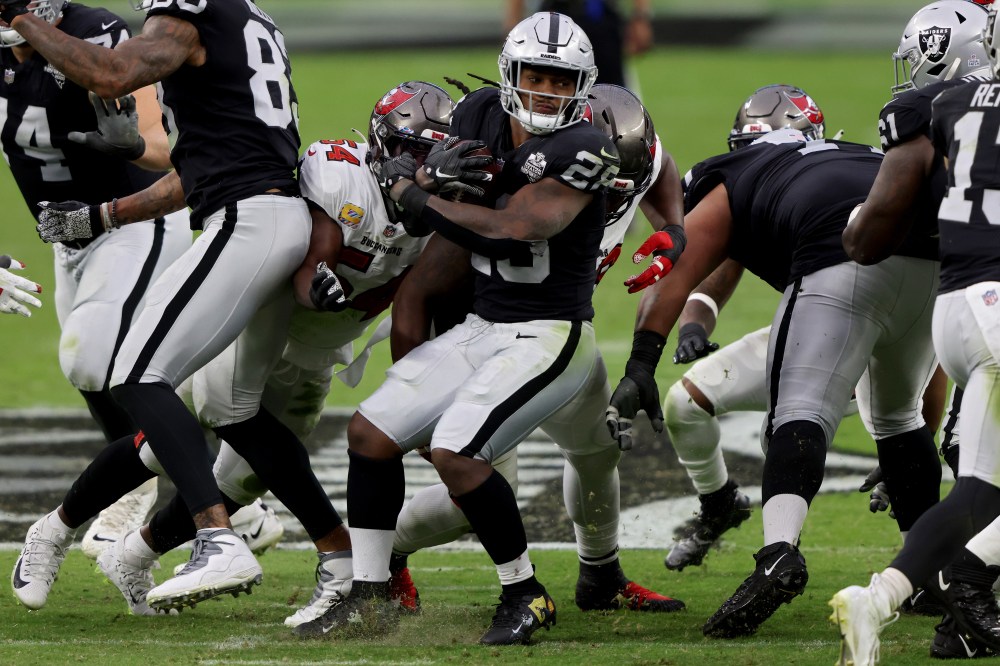