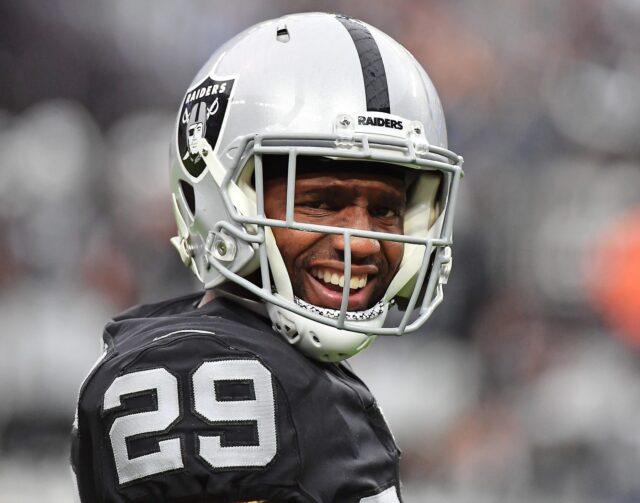 When cornerback Casey Hayward left the Los Angeles Chargers in favor of the Las Vegas Raiders, there was plenty of talk that he was perhaps over the hill and entering the twilight of his career. However, the early returns have shown a player who absolutely can still provide value for his team.

In seven games with the Raiders, Hayward has played in at least 70% of snaps every game. He’s played in 85% of snaps in five of the seven and has made some massive defensive plays. He forced a safety in the Raiders’ overtime win against the Miami Dolphins and has four pass deflections on the season.

When targeted this season, Hayward has allowed just a 47.8% completion percentage, 9.9 yards per catch, and 4.7 yards per target, all of which would be his lowest since 2018.

Hayward spoke about the brewing media narrative that he was in the final stages of his career, keeping it as respectful as possible in the process, via Paul Gutierrez of ESPN:

“I didn’t even know they said that,” Hayward said with a laugh earlier this season. “I didn’t know they said that but, you know, for the media, I don’t care what they say. Good or bad, I just watch the film with our coaches and they’re going to tell me if I played good or not. So, it don’t matter if they say I’m washed or not. My goal is just to try to go out there and compete, each and every week.”

Hayward turned the focus back to his role with the Raiders and how he can provide the most value for his team.

“And I think they brought me here to have a veteran presence and try to lead these guys. That’s what I’m trying to do. It’s not going to be perfect. I’m not going to make every play. People are going to catch the ball. I just got lucky the first two games that nobody caught the ball. Each and every week the goal is to win.”

Hayward has been an integral part of every defense he’s played for over his successful 10-year career. This season, he continues to make a substantial impact on the Raiders even if his skill level has decreased ever-so-slightly.

Moving forward, it appears he plans to continue being a force on the Raiders defense as they fight for a postseason berth since 2016.

Just as Hayward is a veteran presence for the Raiders defense, there is some hope that DeSean Jackson could join the team as an offensive veteran presence. However, following the trade deadline, the L.A. Rams released Jackson, and he is now free to sign with any team.

There is rumored interest in Jackson from the Raiders side, but it remains to be seen if that interest is mutual.