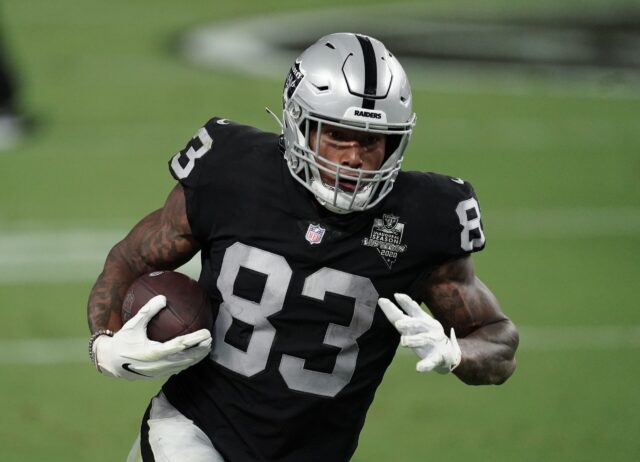 The 2022 season has not gotten off to the start Las Vegas Raiders fans were hoping for, as the team currently sits at 0-3.

It was hard enough to make the playoffs after going 0-2 through the first two weeks, but the Raiders’ postseason hopes already feel effectively over after a disappointing loss in Week 3 to an underwhelming Tennessee Titans squad. However, the rough beginning hasn’t led to any locker room issues yet, as players are working hard to find solutions.

Darren Waller is a key part of the roster, and he noted that Las Vegas continues to stick together to try and turn things around via Vincent Bonsignore of Las Vegas Review-Journal:

“I feel like it’s definitely important not to get into any finger-pointing or let any division kind of creep in,” Waller said. “There’s a lot of respect here, a lot of love for one another, and just because the results haven’t gone our way yet, it doesn’t mean that needs to go out the window. In order for us to really do what we want to do and build some consistency with some positivity, we’ve got to stay together.”

After the Week 3 loss, the team captains held a players-only meeting and Waller acknowledged the sense of urgency from his teammates:

“I definitely feel the urgency from the captains on the team,” Waller said. “They just really care. And they’re challenging people to up their preparation, to do a little more recovery. Like, whatever it is, when you sit down to reflect, ask yourself what you can do better. That’s what the leaders are doing.”

It’s encouraging that the Raiders haven’t lost hope and are choosing to work together, but time is definitely not on their side. Week 4 could prove to be a turning point for their season, and their first victory of the year won’t come easy as they draw the Denver Broncos and Russell Wilson.