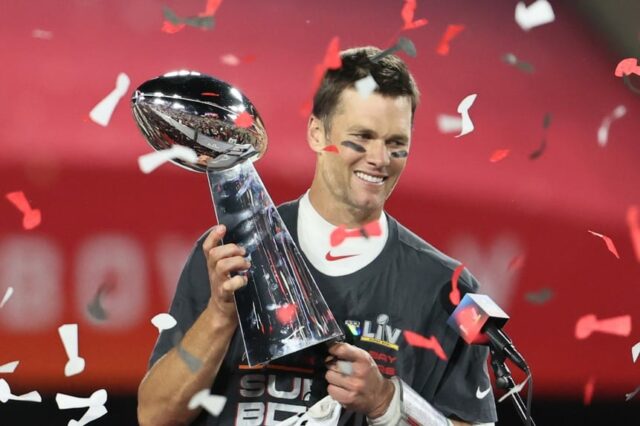 The Las Vegas Raiders were among the teams reportedly linked to then-free agent quarterback Tom Brady last offseason. They ultimately opted to stick with quarterback Derek Carr while Brady led the Tampa Bay Buccaneers to a win in Super Bowl LV.

Brady’s time on the market was revisited thanks to his comments on HBO’s “The Shop” regarding a certain team that opted not to sign him. Many have speculated that the team was the Raiders and Carr was the quarterback he was talking about.

However, it appears the latter is not entirely convinced that is the case.

Carr said during an appearance on “Brother from Another” that he has it on good authority that Brady was talking about someone else:

“If it was, I’ve gotten in enough trouble trying to challenge people to fights. But, as a man, Tom, I know you got the rings, but if it’s not me then we’re good. What I heard, it wasn’t me, and so I’m good with that.”

Carr declined to name names, but he said he received the info from “a good source.”

The Raiders were pegged as one of the frontrunners to land Brady after he parted ways with the New England Patriots. Whether or not it was them, there is now even more speculation regarding which team slighted him.

Fortunately, Carr has good reason to believe that he was not the target o Brady’s ire. After all, he is coming off a stellar year that saw him post career highs in passing yards (4,103), yards per completion (11.8), quarterback rating (101.4) and total QBR (71.0).

Carr’s efforts helped the offense finish 10th in the league in scoring with 27.1 points per game. But, even if Brady continues to add to his tremendous legacy, the Raiders are clearly content with their situation under center.

Of course, this will not prevent football fans from speculating on which team and quarterback Brady may have been referring to. Among the other notable teams reportedly inquiring about his services were the Los Angeles Chargers and New Orleans Saints.

The Chargers have since found their franchise quarterback in the form of Justin Herbert. Meanwhile, there is some uncertainty under center for the Saints between Jameis Winston and Taysom Hill.