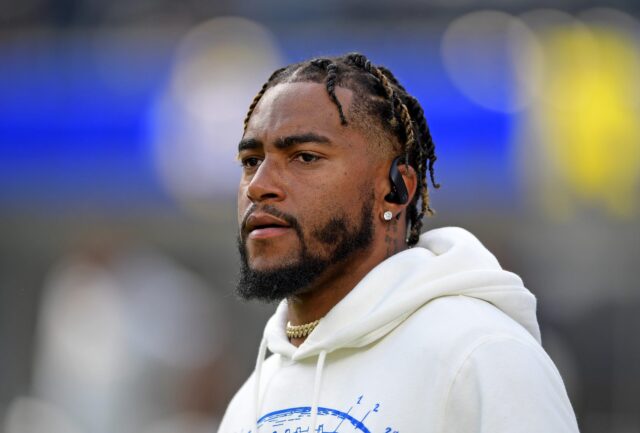 After the Los Angeles Rams were unable to move veteran wide receiver DeSean Jackson before the NFL trade deadline, the team waived him. This gave teams like the Las Vegas Raiders a chance to bring in the speedy wideout.

However, Jackson went through waivers unclaimed, and now it appears he’ll be signing with the Raiders as a free agent. Josina Anderson was the first to report that Jackson intends to sign with Las Vegas.

I just got a text from free agent WR DeSean Jackson telling me he is going to the #Raiders.

It didn’t take long for Jackson himself to confirm the news by posting a photoshop of him in a Raiders jersey on his Instagram.

This move to bring in Jackson is an immediate response to losing Henry Ruggs earlier this week. Ruggs was involved in a serious car accident, which cost the life of a 23-year-old woman and has resulted in what will almost certainly be jail time for the promising young wide receiver. He was arrested for DUI and now faces a series of charges.

As for Jackson, the Rams weren’t the team for him as Sean McVay and company struggled to carve out a role for the well-traveled wideout. Jackson was unhappy with his lack of touches in the team’s high-powered offense. Despite being on a contender in his hometown of Los Angeles, he requested to be traded or given a chance to play for another team with a more significant role.

The Raiders are the ideal destination for Jackson as the team will sorely miss the deep threat that Ruggs provided for quarterback Derek Carr. That need for a deep threat, or at least what Ruggs brought to the offense, was seen on Sunday during the loss to the New York Giants.

In seven games with the Rams, Jackson caught only eight passes for 221 yards and a touchdown. The Raiders will be the sixth team Jackson has suited up for so far in his NFL career.