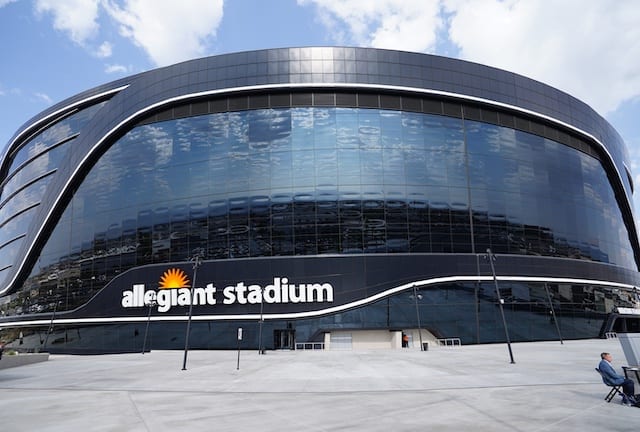 The Las Vegas Raiders’ move to Nevada was supposed to be filled with excitement, but it was dampened due to the coronavirus (COVID-19) pandemic.

The Raiders opened up the 2020 season in the newly-built Allegiant Stadium but had no fans in the stands as owner Mark Davis did not want to have limited seating in the venue’s football debut. However, with health and safety protocols being eased across the nation, Allegiant Stadium has been able to host events without restrictions making for an incredible experience for those lucky enough to go.

Televised nationally during primetime on NFL Network, the East-West Shrine Bowl will kick off from Allegiant Stadium, one of the nation’s premier professional stadiums. The Thursday evening event will bring approximately 125 of the nation’s top college seniors to be coached by NFL staffs for a week of preparation in front of hundreds of NFL scouts, professional agents and media, all leading up to the 2022 NFL Draft, which will also be held in Las Vegas.

Steve Hill of the Las Vegas Convention and Visitors Authority remarked how delighted the city of Las Vegas is to host the event:

“We’re thrilled that the East-West Shrine Bowl will be coming to Las Vegas as part of NFL Pro Bowl Week, and to welcome such a prestigious event for the student-athletes and their fans,” said Hill. “Las Vegas has become the Sports Capital of the World and adding this bowl game showcasing college football’s elite certainly enhances that standing.”

The East-West Shrine Bowl is the longest-running college football all-star game and benefits Shriners Hospitals for Children. Allegiant Stadium is the perfect place to hold such a prestigious game, and it will be fun to see the arena properly showcased during NFL Pro Bowl Week.

The post Raiders News: East-West Shrine Bowl To Be Held At Allegiant Stadium in 2022 appeared first on Raiders Newswire.