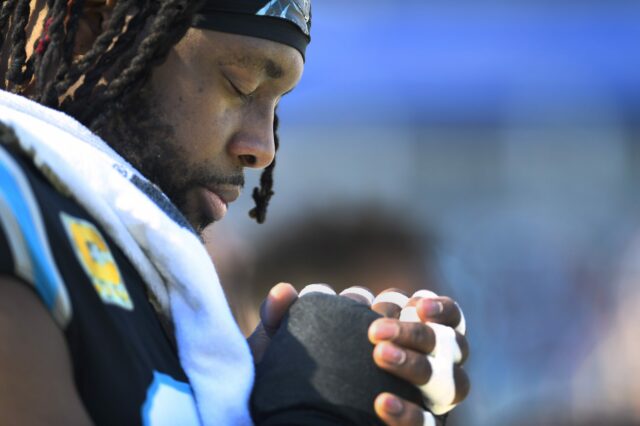 The Las Vegas Raiders remade their defense in the offseason by first bringing in defensive coordinator Gus Bradley and adding players via free agency and the draft.

New Raider Yannick Ngakoue has been drawing rave reviews from his teammates, while rookies Tre’Von Moehrig, Malcolm Koonce, Divine Deablo, Tyree Gillespie, and Nate Hobbs all figure to play some role during the 2021 season. The focus on the secondary was necessary given how prone Las Vegas has been to giving up explosive passing plays, but the Raiders also overhauled their defensive line.

However, according to Paul Gutierrez of ESPN, Las Vegas is also adding veteran Gerald McCoy to the roster:

McCoy missed the entirety of the 2020 season after suffering a ruptured quadriceps tendon during training camp with the Dallas Cowboys. The Cowboys immediately released McCoy and has since been rehabbing and recovering from the injury.

Coming off a serious injury and already 33 years old, it is a big question mark as to how much McCoy can contribute on the field, but the tackle possesses some upside if he can prove he is healthy. McCoy is a six-time Pro Bowler who knows how to get to the quarterback and wreak havoc in the backfield. McCoy was last played with the Carolina Panthers during the 2019 campaign, where he recorded 37 total tackles and five sacks.

For the Raiders, this could be another boost to a defensive line that has plenty of depth but lacks experience. McCoy figures to be worked into the rotation, but it remains to be seen how many snaps he will actually get this upcoming year.