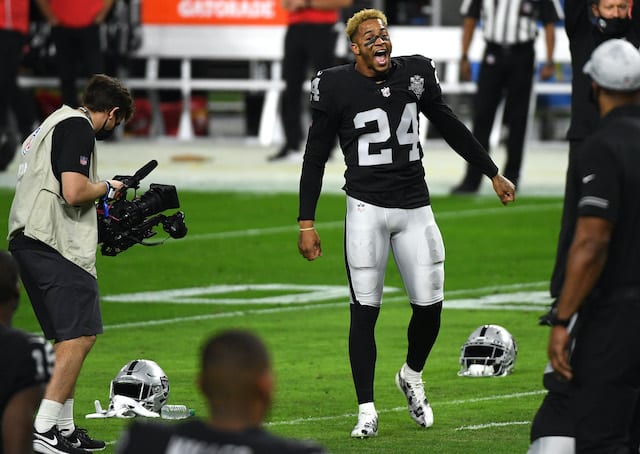 There is no question that the Las Vegas Raiders’ porous defense served as its Achilles heel during a disappointing finish to the 2020 campaign.

Despite the team’s efforts to revamp this side of the ball last offseason, it became apparent that there were still several notable voids to fill leading up to the 2021 NFL season. They have signed followed up the hiring of new defensive coordinator Gus Bradley by making splashed with the additions of defensive linemen Yannick Ngakoue and Quinton Jefferson.

Regardless, Las Vegas will need its current personnel to kick things up a notch if they hope to take that next step as playoff contenders. Safety Johnathan Abram seems to think this group is now well on its way.

Abram is part of a talented, young secondary that still had yet to live up to expectations in the eyes of head coach Jon Gruden and general manager Mike Mayock. He is now hopeful that the defense as a whole is poised for a resurgence this season, via Sam Gordon of the Las Vegas Review-Journal.

“We’re going to make strides. As a whole, as a group. As DBs, linebackers, D-Line … the entire core,” Abram said. “The biggest thing, we’ve just got to buy in, play for each other, play for the silver and black, and we’re going to be OK.”

It is encouraging to see that Abram is not letting their recent struggles carry over into the new regime under Bradley. Even though the Raiders have not been shy about maintaining their high expectations, it remains to be seen if the defense will manage against teams with talented offenses like the Kansas City Chiefs and Los Angeles Chargers that are already within their own division.

Abram is expected to play an integral role over the top in his third year as a former first-round pick for Las Vegas. While he certainly endured his fair share of struggles last season, the team was happy to see him bounce back from a shortened rookie season due to injury by leading the team in tackles (86) while playing 13 games.

However, this will not be good enough for Abram as he looks to improve his shortcomings in coverage and the 13 missed tackles that were the second-highest on the Raiders last year. The onus will fall on him along with cornerbacks Damon Arnette and Trayvon Mullen to provide a much-needed spark over the top.