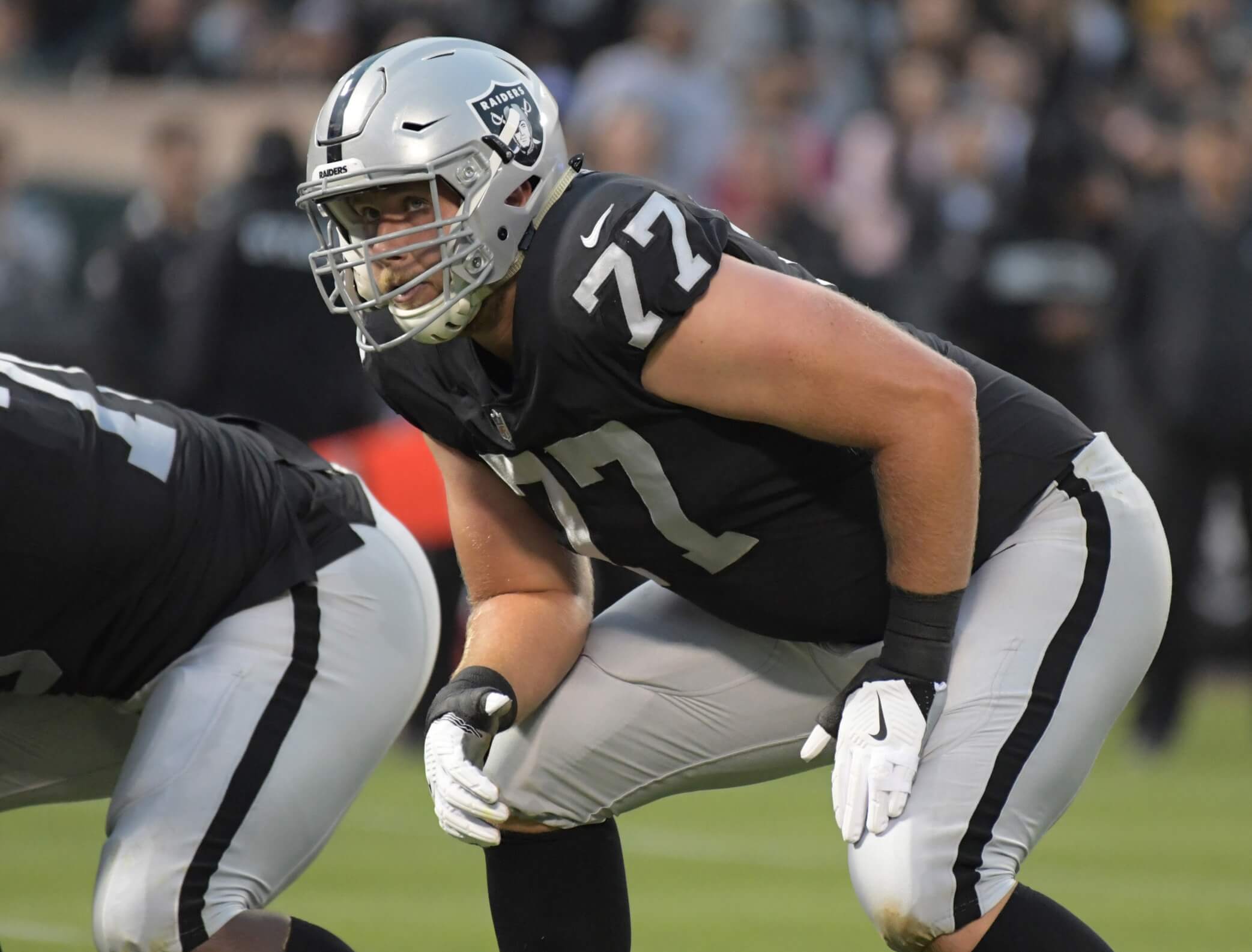 The Las Vegas Raiders made a surprise decision to remake the offensive line ahead of the 2021 season, trading Rodney Hudson, Gabe Jackson, and Trent Brown during free agency.

The offensive line was one of the few bright spots for the Raiders in recent years as they were great at controlling the line of scrimmage and protecting Derek Carr. There is an open question about how effective they will be next season, with new faces starting for head coach Jon Gruden.

While Las Vegas is high on incumbent players to step in, the team did decide to extend left tackle Kolton Miller to a three-year extension. Miller acknowledged that he was not expecting a new deal but was happy he gets to continue to play with the Raiders for the foreseeable future, per Levi Damien of Raiders Wire.

“I was actually surprised coming out of year three going into year four,” Miller said over video conference call. “You dream about this when you’re a little kid and through the season. But I’m definitely excited to continue my career here. Continue to work hard and prove to the coaches here that I’m invested and I’m going to continue to get better.”

NFL players are eligible for an extension after their third year in the league, and Las Vegas wasted no time locking up a player they have deemed a core piece for them going forward. Miller has gotten better every season since his rookie season, showing improvements both in the run game and in pass blocking, and should be in line for a better fourth year.

With the moves the Raiders made in the offseason, Miller suddenly becomes the most experienced lineman in a Silver and Black uniform, but his upward trajectory has been encouraging, to say the least. After a rough start to his career, Miller has the chance to show the rest of the league that Las Vegas was right to invest in him.