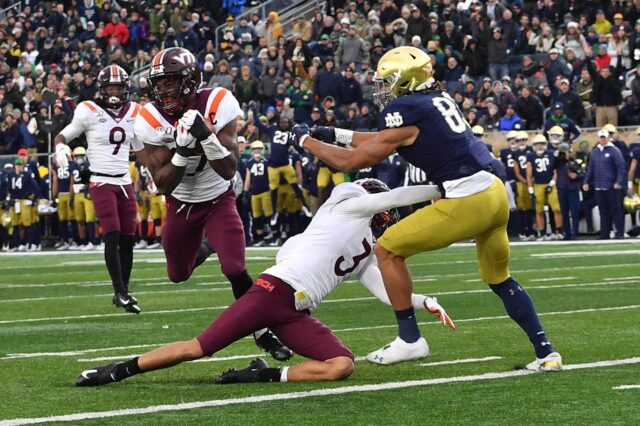 The Las Vegas Raiders wrapped up the second day of action by taking Buffalo linebacker Malcolm Koonce and Virginia Tech safety Divine Deablo in the third round of the 2021 NFL Draft.

The Raiders managed to fill their most glaring voids by taking Alabama tackle Alex Leatherwood and safety Trevon Moehrig with their first two picks. However, it is evident that general manager Mike Mayock and head coach Jon Gruden maintained their emphasis on the defensive end with their latest selections.

Koonce recorded 63 tackles, 14 sacks, and three forced fumbles over the last two seasons at Buffalo. He earned Defensive MVP honors of the Makers Wanted Bahamas Bowl as a junior and is just the 15th player from his alma mater to be drafted.

Koonce is considered somewhat undersized for a traditional pass rusher at 6-foot-2, 249 pounds. However, his skill set off the edge could make him an ideal fit in new defensive coordinator Gus Bradley’s scheme. After all, will be joining a pass-rushing corps that was revamped by the addition of Yannick Ngakoue this offseason.

Meanwhile, the Raiders already established their new safety tandem with Moehrig set to join Johnathan Abram after being taken in the second round. Regardless, they opted to shore up some quality depth behind them to join safety Karl Joseph.

Deablo recorded 206 total tackles, six interceptions, 17 passes defensed, and three forced fumbles during his time at Virginia Tech. While his efforts earned him First-Team All-ACC honors to put the exclamation point on a stellar career, it was his stellar numbers at his Pro Day that caught the eye of scouts.

The 6-foot-3-inch, 226-pound Deablo posted a 34-inch vertical jump, 10-foot-6 inch broad jump, 4.42 40-yard dash and 19-repetitions on the 225-pound bench press. His physical skill set could help him etch out an immediate role in the secondary as a rookie.