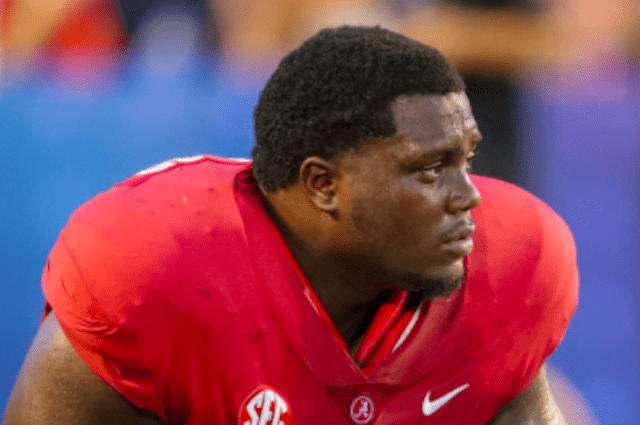 The Las Vegas Raiders announced that they have signed free agent guard Lester Cotton Sr. heading into the offseason.

Cotton was a two-year starter with the Alabama Crimson Tide before going undrafted in the 2019 NFL Draft. He was then picked up by the Raiders and spent the bulk of his rookie campaign on the practice squad after appearing in just one game.

Cotton spent the offseason with Las Vegas going into the 2020 NFL season until he was waived as part of the final roster cuts. He is now hoping his stay with the team will last a bit longer this time around.

There is good reason to be optimistic considering the Raiders are in need of some quality depth along the interior with Gabe Jackson and John Simpson currently the only surefire guards. Denzelle Good is set to potentially hit the market as a free agent and it remains to be seen if Richie Incognito will return for another year at the age of 38.

Las Vegas has put an emphasis on fortifying its offensive line in recent years since the arrival of head coach Jon Gruden and general manager Mike Mayock. Unfortunately, injuries and violations of coronavirus (COVID-19) protocols prevent this group from ever finding its footing throughout the course of the 2020 campaign.

Cotton blocked for a handful of successful running backs while at Alabama, which included none other than Josh Jacobs. His pedigree as a member of two National Championship teams should also help pay some dividends for a Raiders team with high expectations going into the 2021 NFL season.

Players on a reserve/future contract can be added to a team’s 90-man roster when it expands on the first day of the new NFL year, which is on March 17. If the pandemic allows it, this will make them eligible to take part in offseason workouts, minicamps and OTAs.