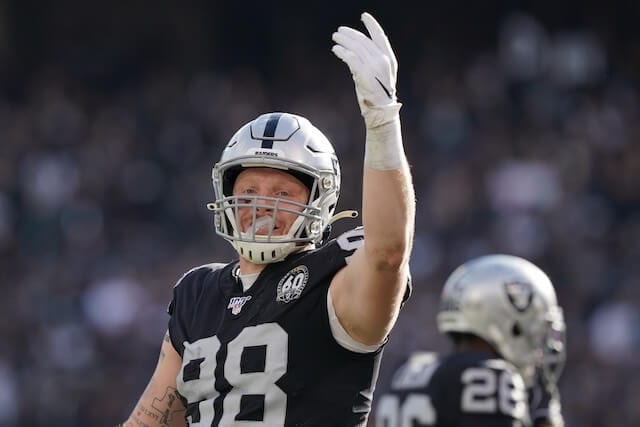 Las Vegas Raiders defensive end Maxx Crosby has established himself as an integral part of the franchise since his arrival as a fourth-round pick in the 2019 NFL Draft.

Crosby emerged as a steal for the Raiders as their most effective pass rusher over the last two seasons. He is now expected to help kick things up a notch for this revamped group, including Yannick Ngakoue.

However, the journey to NFL success has hardly been an easy one. It appears the 23-year-old has experienced his own challenges off the field as well.

Crosby took to Twitter to celebrate 16 months of sobriety:

Crosby’s revelation tells of how the journey to the NFL comes with its fair share of hurdles both on and off the field. It also shows that the timeline of his sobriety came during his start after his rookie season.

Crosby detailed that his drinking days from college had started to take a toll on him physically and mentally. As a result, he decided to make a change and has since reached an important milestone.

Crosby received plenty of support from teammates such as tight end Darren Waller, who also struggled with sobriety to start his career.

There has always been a stigma around Las Vegas for its exposure to some of the extracurricular activities. Fortunately, the allure of Sin City has not prevented him from staying clean.

It is no secret that the Raiders have high hopes for a potential playoff berth in the 2021 NFL season. Crosby is among those that have praised the team’s new additions on both sides of the ball this offseason.

Of course, all eyes will be on whether or not this pass rush now has the pieces to contribute on a consistent basis.