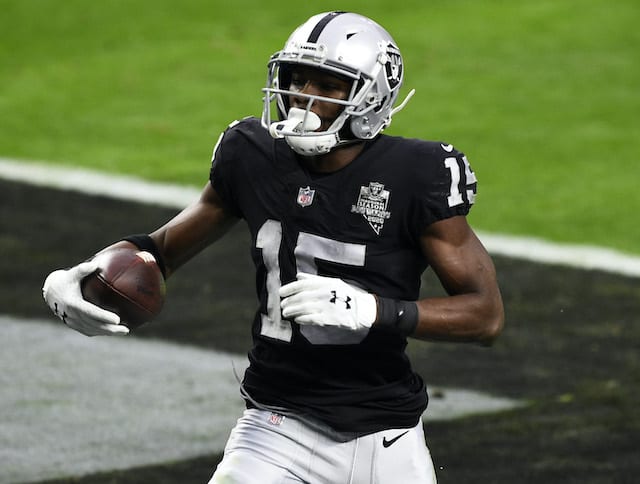 One of the strongest areas for the Las Vegas Raiders coming into the 2022 season is undoubtedly their wide receivers and pass catchers overall. Davante Adams and Hunter Renfrow form one of the best receiver duos in the league, and tight end Darren Waller is one of the most explosive tight ends in the NFL.

The Raiders also have solid options aside from them, with Keelan Cole and DeMarcus Robinson vying for the third receiver spot. But is it possible that the team could turn to a familiar face to add even more depth to their receiving core?

According to Maurice Moton of Bleacher Report, there could be a real possibility that the New England Patriots could choose to part ways with Nelson Agholor:

With the addition of wideout DeVante Parker, whom New England acquired from the Miami Dolphins, and rookie seconder Tyquan Thornton, the Patriots may have written enough on the wall to signal Agholor’s departure in the coming weeks.

However, some people may see this move as a surprise because the Patriots will hold $10 million in dead money if they release Agholor, per Over the Cap. He’s more likely to restructure his deal or become the subject of a trade.

Nevertheless, New England may opt to cut Agholor and save approximately $4.9 million if team brass cannot find a trade partner for him. He may also push back against a pay cut.

Should this possibility become a reality, Agholor does make some sense for the Raiders. Agholor had the best season of his career with the Raiders in 2020, totaling 896 yards and eight touchdowns on 48 receptions. The 18.7 yards per reception was also the best of his career and is a glimpse at what he could bring to the team.

As skilled as both Adams and Renfrow are, neither is the deep threat that Agholor is and having that on the roster could open up things for everyone else. Additionally, he is familiar with new Raiders coach Josh McDaniels’ offensive system after spending last season with the Patriots.

All of this is purely speculation as Agholor remains a member of the Patriots, and there is no guarantee that they will choose to cut him. But if he were to become available, he could be a piece to help what should be an excellent Raiders offense become even scarier.

The post Raiders News: Nelson Agholor Could Be Released By Patriots appeared first on Raiders Newswire.