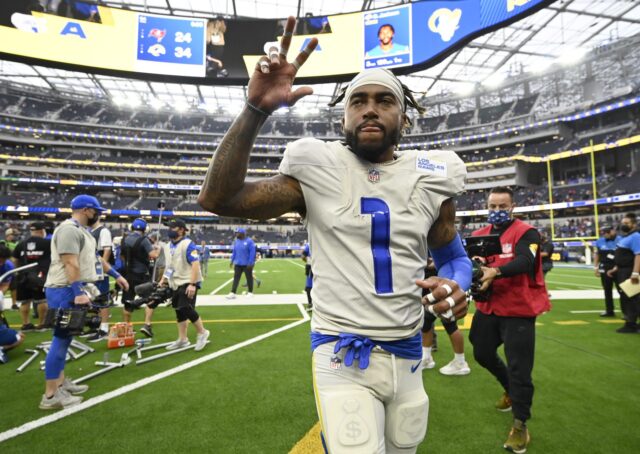 The Las Vegas Raiders were forced to go back to the drawing board after a disappointing loss to the New York Giants.

The Raiders, of course, were short on weapons after the terrible Henry Ruggs news, but the team quickly pivoted and found his replacement in veteran DeSean Jackson. Jackson was released by the Los Angeles Rams and comes to a Las Vegas roster that could use another speedster to stretch the field.

Interim head coach Rich Bisaccia discussed how much he is looking forward to getting Jackson acclimated this week.

“Well, again I think we all have a lot of respect for his career and what he’s done, and I can remember him coming out,” Bisaccia said. “So, we are excited about getting another speed element out there to be a complement to what we are trying to do on offense, certainly with the speed that Zay [Jones] has and what Bryan [Edwards] and Hunter bring to us. It will be good for us to get another speed element going on offense. We are excited about getting him to practice.”

Bisaccia added they will try to get him up to speed as quickly as possible, though he does not envision punt return work to be in his future.

“I don’t envision him doing punt returns in a game right now. I’m certainly going to envision him getting work at it and see how he feels about it. I think the last time he did it was a couple years ago, but I remember him being really good at it when he came out. So, we are going to get him up to speed as quickly as possible and get a lot of work with him and Edgar [Bennett] and Nick Holz. We’ll get him position to run some routes or some packages that will help us hopefully be in position to play a little bit better.”

As Jackson showed with the Rams, he is healthy and still able to contribute when he is on the field, so Bisaccia and Derek Carr would be wise to utilize the speedster as soon as possibe.