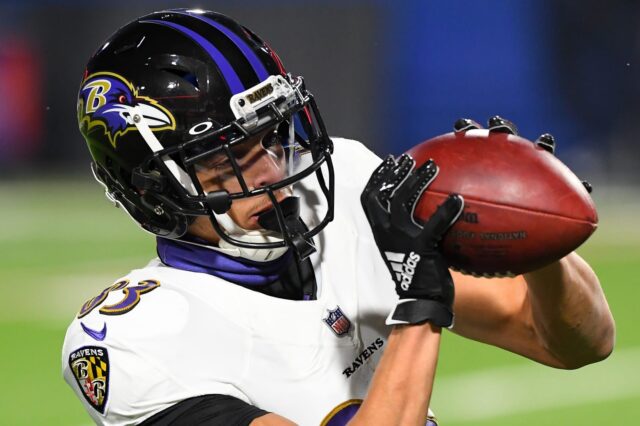 With most of the big names off the board in free agency, the second wave of NFL free agency can officially begin.

Under head coach Jon Gruden, Las Vegas’ offense has been one of the more fun ones to watch as they have a formidable air and ground attack headlined by Darren Waller and Josh Jacobs, respectively. The two are the clear leaders on that side of the field, but young receivers in Henry Ruggs and Bryan Edwards should have bigger roles during the 2021 season.

Even with so much talent in the receiver room, it appears Las Vegas are not done as they have agreed to sign veteran wideout Willie Snead per Adam Schefter of ESPN.

And in a non-trade moves today, the Raiders are signing former Ravens’ WR Willie Snead to a one-year contract, per his agent @DrewJRosenhaus.

And the Bears are signing back free-agent CB Artie Burns to a one-year deal, per @DrewJRosenhaus.

Snead spent the past three seasons with the Baltimore Ravens and was fairly productive, recording 126 receptions for 1,422 yards and coming down with nine touchdowns. However, it was difficult for Snead to ever make a true impact with the Ravens as they were a heavy run style team that looked to gash defenses on the ground instead of the air.

Although Snead may still have some juice left in the tank, it is unclear how much larger a role he would have on the Raiders as the pass-catching corps looks set with Waller, Ruggs, Edwards, and Brown. Receiver depth is never a bad thing to have, but Las Vegas might be better off spending the rest of its cap space elsewhere.