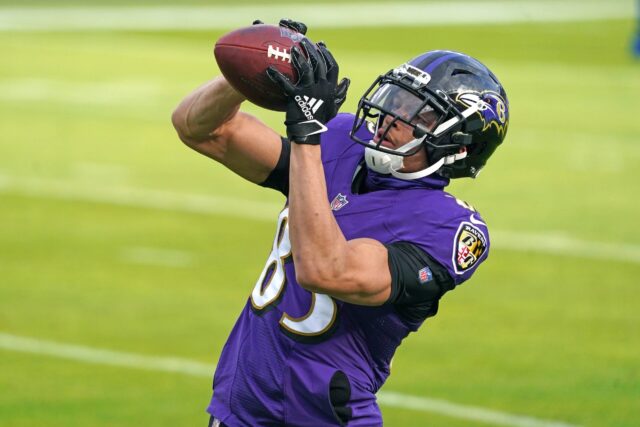 It has been a busy free agency period for the Las Vegas Raiders as they looked to bolster the roster in hopes of making it back to the postseason.

The Raiders have managed to sign several impact free agents on both sides of the field and look much better on paper heading into the 2021 season. While there are still holes to fill at right tackle and in the secondary, Las Vegas has to be feeling confident with where they currently stand.

One position group that has only gotten stronger is at wide receiver as the Raiders were able to quickly replace Nelson Agholor with John Brown. However, the team also agreed to terms on a one-year deal with former New Orleans Saints and Baltimore Ravens receiver Willie Snead.

“I’m just grateful to have this opportunity. When it happened, I got a phone call from Coach Gruden and we were able to talk for a little bit. Just the vision that he has for this offense, and I’m pretty familiar from my time with the Saints just with scheme and everything that they do.

Snead has been a fairly productive player when given opportunities, but he is joining a Raiders roster that already boasts talented receivers in Henry Ruggs, Bryant Edwards, and Hunter Renfrow. It is unclear what kind of role Snead will play under head coach Jon Gruden, but his experience and leadership should come in handy in practice and in the locker room.

It will be interesting to see if the veteran manages to siphon snaps and targets from the rest of the pass-catching corps, but more depth is never a bad thing.