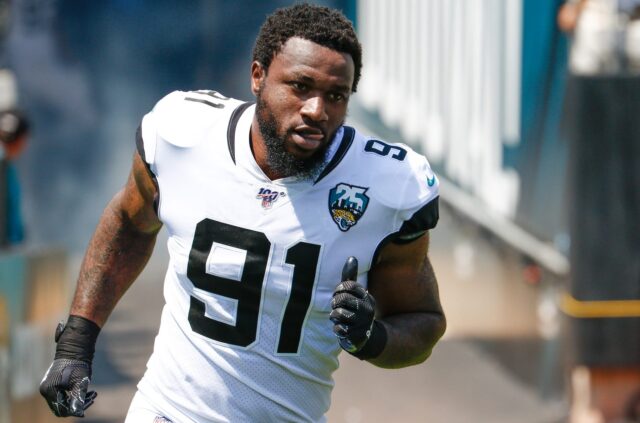 The Las Vegas Raiders knew they needed to improve their defense if they wanted to compete during the 2021 NFL season so they did just that.

The Raiders used most of their draft capital on defensive players in the 2021 NFL Draft, coming away with players like Tre’von Moehrig and Malcolm Koonce. However, they also made a splash in free agency by signing Yannick Ngakoue to a two-year, $26 million deal.

Ngakoue was productive during his time with the Jacksonville Jaguars but tailed off after being traded to the Minnesota Vikings and Baltimore Ravens. However, Las Vegas represents a chance for Ngakoue to rehab his reputation as a pass rusher and turn around a Raiders defense that was one of the worst units last season.

The 26-year-old is well aware that the Silver and Black will be leaning on him to lead the defense and he wants to be the one to lead the way for his teammates.

“I just want to be the motor to this defense, the motor to the defensive line,” Ngakoue said. “Maxx and myself are both identifying ourselves as the guys that need to put this team on our back as far as the defensive side of the ball. Guys will follow as it goes, you just have to set that standard from here on out. That’s what’s going to happen. Other years don’t matter anymore, it’s a whole new era.”

The Raiders were one of the worst teams at generating pressure off the edge, recording only 21 sacks total with Maxx Crosby accounting for seven of them. Ngakoue will add a massive boost along the defensive line as opposing quarterbacks were far too comfortable operating in the pocket and waiting for plays to develop downfield.

It is hard to imagine the Las Vegas defense not improving with Ngakoue now in tow, but defensive coordinator Gus Bradley will still have his hands full trying to get the most out of his players. Still, it will be exciting to see whether or not the Raiders defense is able to make a leap.

The post Raiders News: Yannick Ngakoue Wants To Be ’The Motor’ For The Defense appeared first on Raiders Newswire.