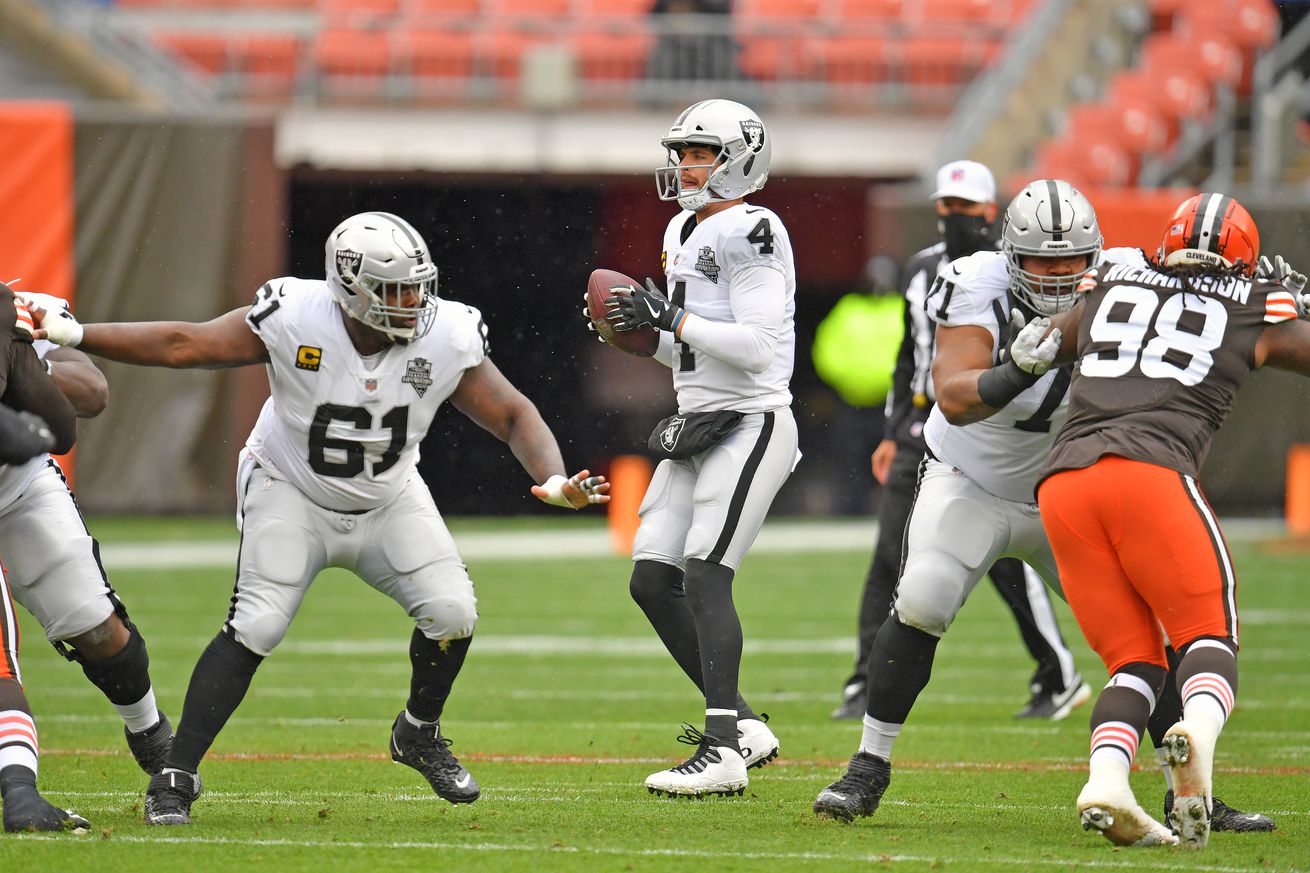 Tom Cable was not necessarily a good nor popular head coach for the Raiders a decade ago, but there is no doubt he is doing an excellent job as the team’s offensive line coach.

Many fans grumbled when Jon Gruden hired Cable as his offensive line coach in 2018. Fans remembered Cable from his turbulent 44-game stretch as the head coach spanning 2008-210. Cable went 17-27 with the Raiders.

Cable, though, had a reputation as a premier offensive line coach with the Seattle Seahawks and Gruden snapped him up. Cable’s work is showing up big in 2020. The Raiders have allowed the fifth fewest quarterback hits in the NFL with 30, and quarterback Derek Carr has been sacked just 14 times in eight games,

These numbers are remarkable considering all the flux happening on the unit. Right tackle Trent Brown has missed all but one game and three snaps of another game. Left guard Richie Incognito has been out since Week 2 and left tackle Kolton Miller missed his first game of the season Sunday.

This unit is a big reason why Carr is having one of his best seasons and why the Raiders are averaging 27 points a game. Again, credit goes to Cable for his work during this challenging season.