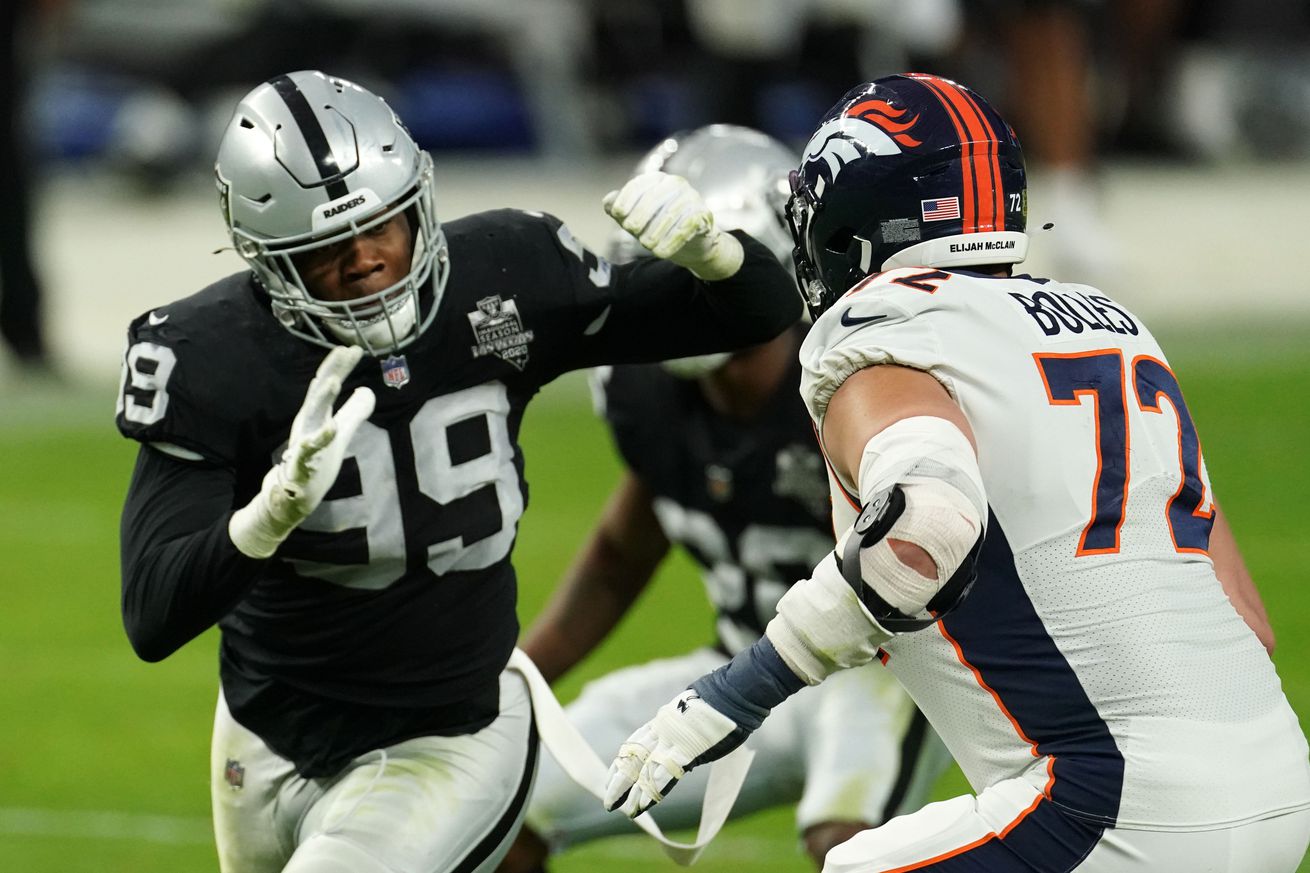 Third-year player makes an impact in win over Denver Broncos

While the five turnovers was the headline of the Las Vegas Raiders’ defensive performance in Sunday’s 37-12 win over the Denver Broncos, there was another encouraging development: Arden Key had one of his best NFL games to date.

The defensive end came back in Week 10 after missing two games with a foot injury and looked like a different player. He had two tackles — but his impact was bigger than that —and he was as active as he’s ever been since being drafted in the third round in 2018.

Key will likely always be a rotational player, but if he can give the same energy off the bench moving forward this season, it will help the Raiders’ defense.

Raiders coach Jon Gruden was complimentary of Key’s play in the game.

“He made some good plays,” Gruden said. “He got home a couple times, he showed great energy and pursuit, and really had fun playing. He’s been out a couple weeks. You know, Rod Marinelli, our new defensive line coach thinks a lot of Arden Key. He’s been one of his I think most impressive guys on the practice field. It was good to see it come out on game day yesterday. We need him on Sunday for sure.”

Key, who had just three sacks in 30 NFL games, may never be a consistent impact player, but Sunday’s performance showed the Raiders can still salvage his career.