From the moment he entered the NFL, Josh Jacobs has been among the league’s best running backs. His combination of quickness and violent running style makes him so dangerous in the open field.

Despite missing a handful of games over the last two seasons, Jacobs has been able to total 2,619 yards from scrimmage and 19 touchdowns. While those numbers are certainly impressive, it’s the advanced statistics that are even more shocking.

According to Pro Football Focus, Jacobs has forced the third-most missed tackles in the NFL (120) over the last two seasons. He also has racked up 1,612 yards after contact despite averaging just 18 carries a game.

Jacobs is one of the league’s best overall running backs as he never has to come off the field. He’s an excellent pass protector and he certainly win as a pass-catcher, as well.

Look for the third-year running back out of Alabama to have a monster 2021 season for the Las Vegas Raiders. 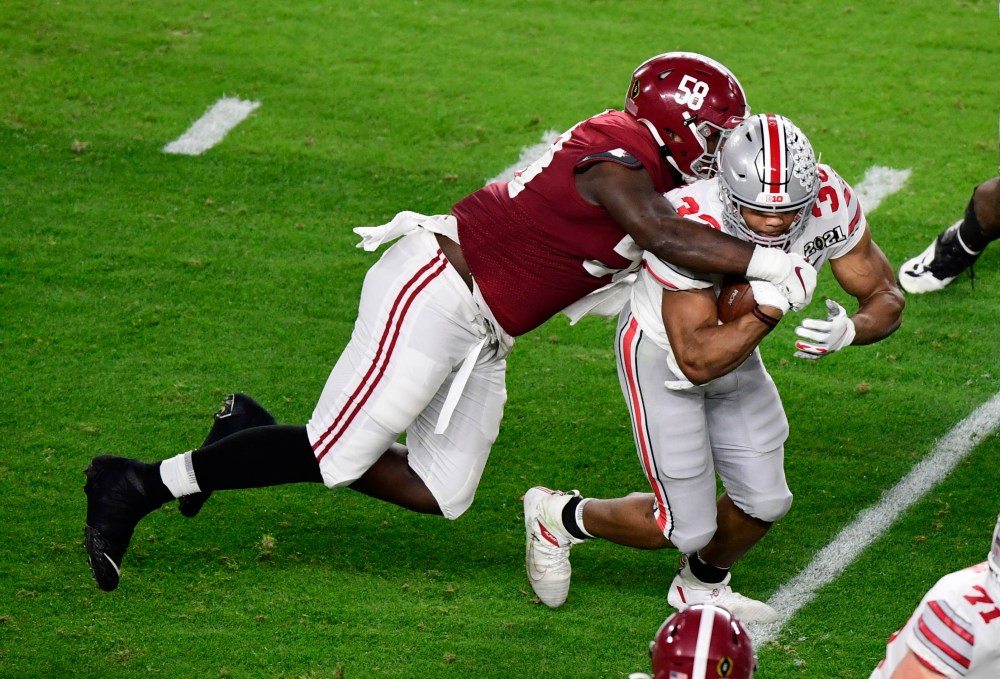