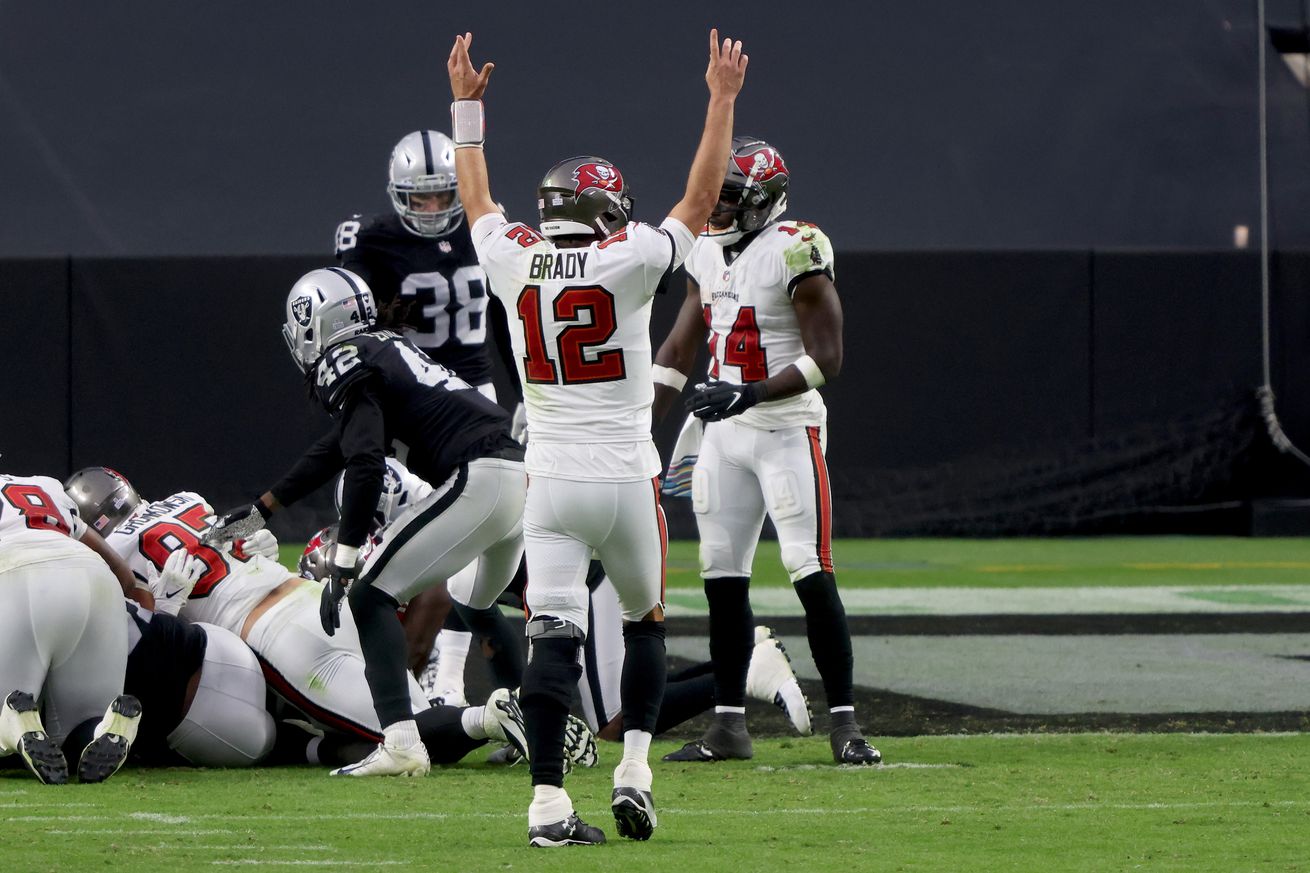 Where was the effort that we saw in Kansas City?

Well, that one stung.

As we process what just happened at Allegiant Stadium, let’s look at five keys in the Las Vegas Raiders’ 45-20 home loss to the Tampa Bay Buccaneers on Sunday:

Where was the pass rush?
A major reason why the Raiders upset the Kansas City Chiefs in Week 5 was that the pass rush came alive. It vanished again Sunday as the Raiders barely produced any heat on Tom Brady all game. After the game, Raiders coach Jon Gruden expressed his disappointment in the effort from his players. The Raiders have just seven sacks in six games … only two teams have fewer sacks this season.

Overall, defense was bad — again:
Las Vegas held Kansas City to eight points in the second half and we all thought things were turning around. It didn’t happen and the truth is, this defense has played one good half this season. The Raiders are allowing 32.8 points a game and are near the bottom of the league in nearly every key defensive category. You can’t win consistently that way.

What’s going on with Josh Jacobs?
The second-year running back hasn’t been nearly as sharp as he was last season. He had just 16 yards on 10 carries. Yes, Tampa Bay has a great run defense, but Jacobs’ per carry average is alarming at 3.3 yards per carry. It is one of the lowest averages in the NFL.

Offensive line issues:
Four starting offensive linemen didn’t practice all week because of coronavirus issues. Sam Young, starting for right tackle Trent Brown who tested positive. Young went out early in the game with a knee injury and was replaced by Brandon Parker.

Then, right guard Gabe Jackson was ejected for unnecessary roughness and was replaced by rookie John Simpson. Raiders’ quarterback Derek Carr was getting knocked around late. It was a valiant effort, but it was a tough day for the unit

Agholor is a weapon:
When Bryan Edwards returns from an ankle injury in a week or two, the Raiders still need to keep Nelson Agholor at the top of the rotation. He and Carr have a great chemistry and he comes up with big plays every game.