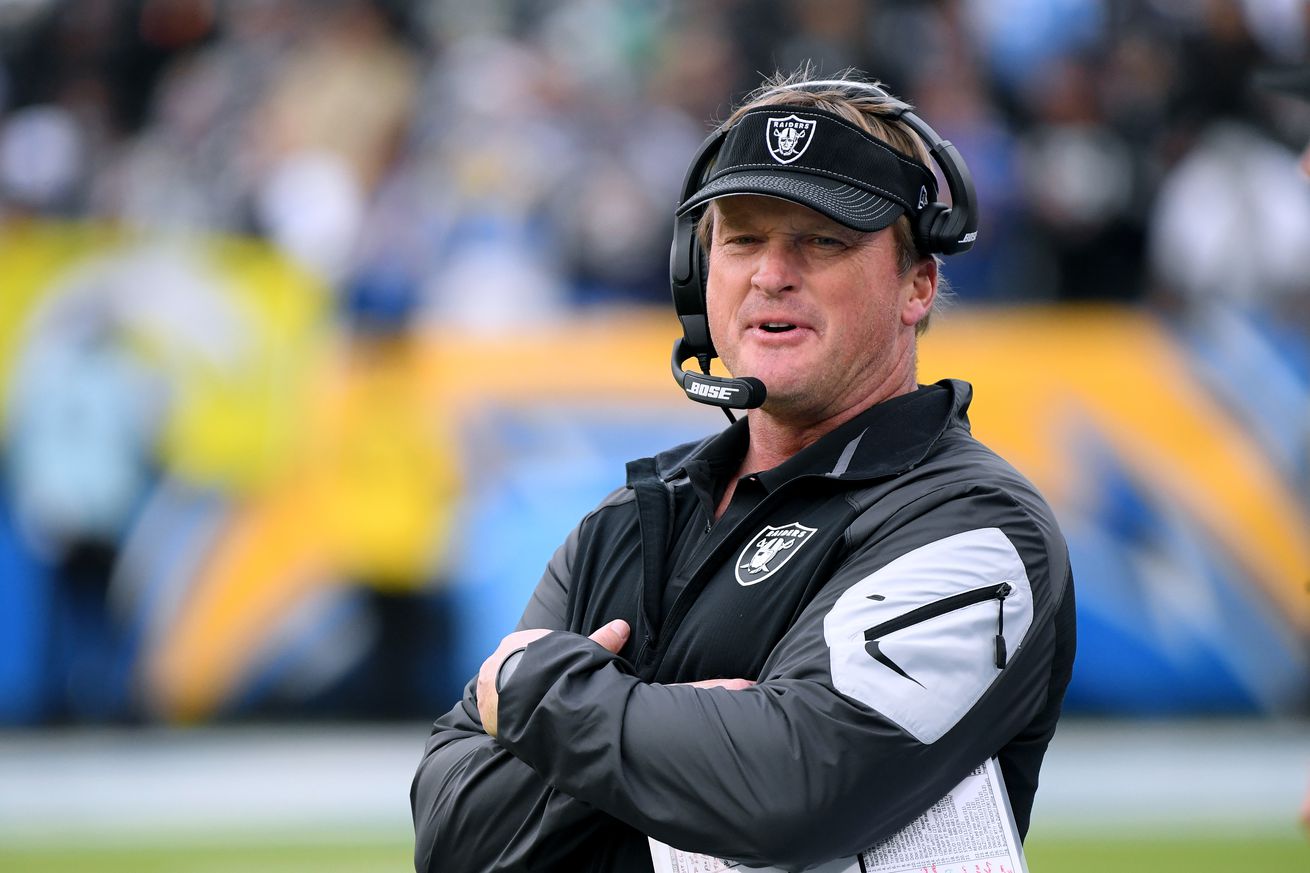 The Las Vegas Raiders were hit with some bad news on Thursday evening, as the NFL came down hard on them for violating the league’s coronavirus protocol — and not for the first time.

According to multiple reports, the NFL is fining the Raiders $500,000 and docking them of a sixth-round draft pick, presumably in the 2021 NFL Draft. On top of that, coach Jon Gruden is being fined $150,000.

The penalties come for coronavirus protocol breaches pertaining to offensive tackle Trent Brown, who was placed on the reserve/COVID-19 list in October.

Sources: #NFL will fine the Las Vegas #Raiders $500,000 & coach Jon Gruden $150,000 and strip the team of a 6th round draft pick for COVID-19 protocol violations related to OT Trent Brown’s positive test in late October. Escalated fines/pick were due to being a “repeat offender”.

The punishment is extra steep on account of the Raiders being a repeat offender. They had already been subject to less harsh penalties earlier in the season, following their first coronavirus protocol breaches, and now their total tally of fines and penalties is looking pretty massive.

Between Jon Gruden, the players and the organization, the Raiders have now been hit with a total of $1.215 million in COVID-related fines. Team goes to Vegas and just starts throwing money away. Most people can probably kind of relate to that. #Raiders https://t.co/I4eVwM1Cuv

Fans likely don’t care much about the millionaire coach and billionaire owner getting fined, but losing a draft pick for repeatedly failing to follow the proper health and safety protocol during a pandemic is rather inexcusable.

Let’s hope the Raiders learn from it, even if it’s already too late.