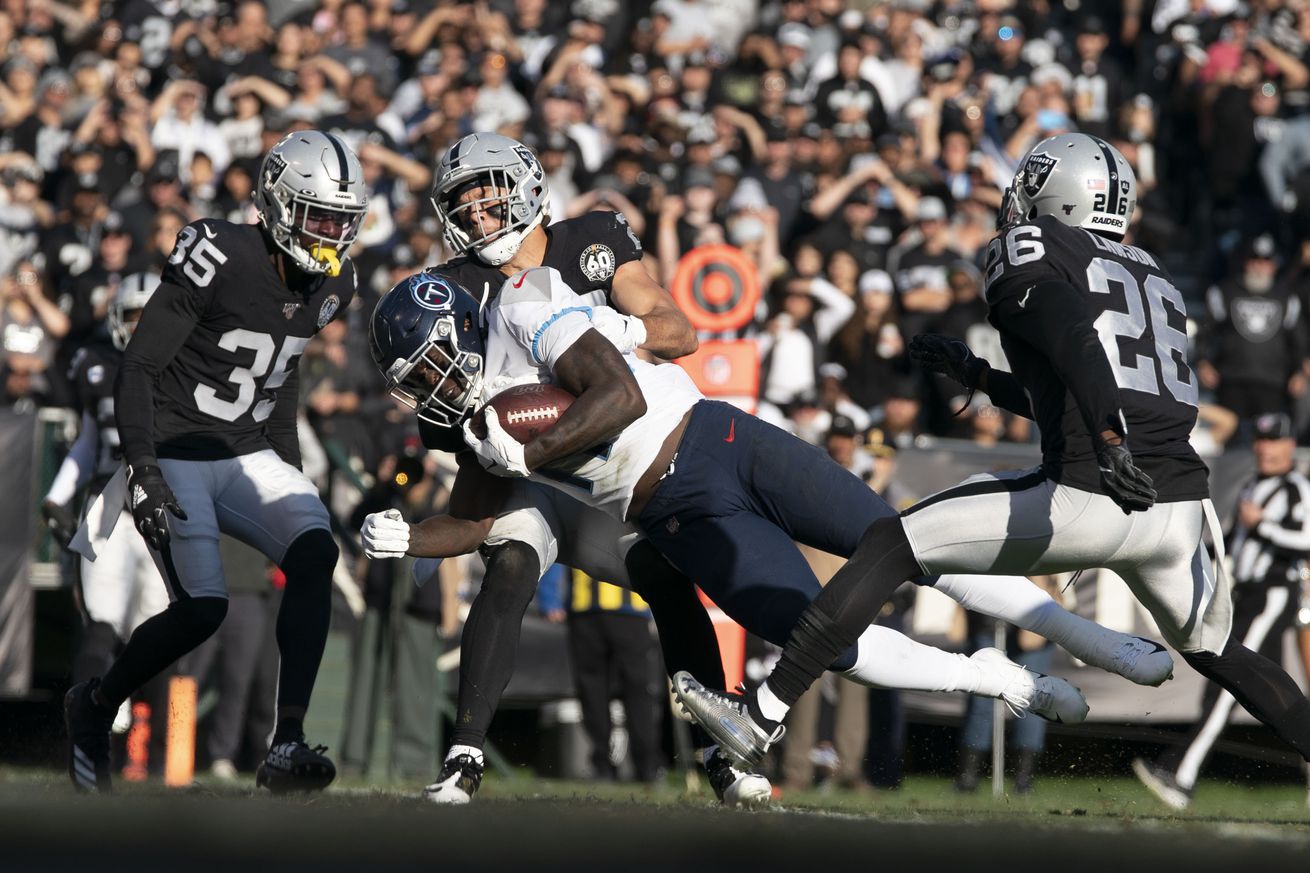 Well, the wheels fell off in the second half as the Titans pulled away from the Raiders after three quick scores that put the game out of reach.

While they aren’t officially eliminated from the playoffs, this loss basically shut the door on the Raiders potentially sneaking in with the No. 6 seed. The best they can hope for now is a 9-7 season, which likely won’t get it done considering the Titans and Steelers would both need to lose out for 9-7 to result in a playoff berth.

Here’s your postgame thread. Air out your concerns. We know you’ve got more than a few.