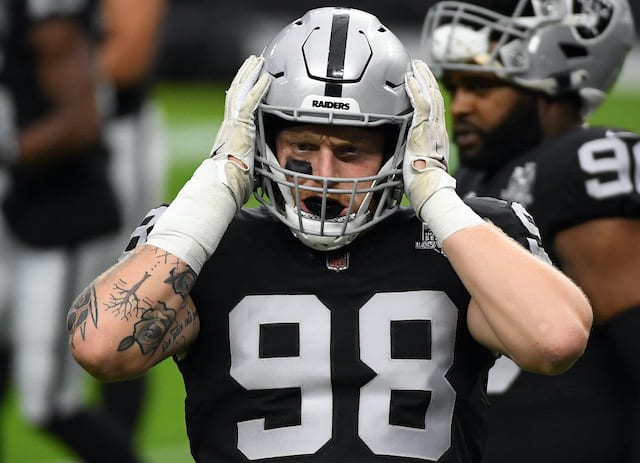 The 2021 NFL season is quickly approaching, and teams are gearing up for the upcoming year with training camp slated to start. The Las Vegas Raiders will be a team to watch as they revamped the roster on the defensive side while adding more firepower to what was already a top-10 offensive unit.

Head coach Jon Gruden and defensive coordinator Gus Bradley will be charged with turning the Raiders around on both ends of the field, but they at least have the requisite talent to accomplish that goal. Defensively, Yannick Ngakoue has drawn rave reviews from the players, but there has also been buzz around Maxx Crosby, who may be in line for a big year after a solid 2020 campaign.

Although the regular season is a couple of months away, the summer will be filled with sports programming. The 2020 Tokyo Olympics are slated to begin next week after being put on hiatus due to the coronavirus (COVID-19) pandemic. Like every Olympics, the USA is projected to do well in several sports and should be coming home with plenty of medals when the dust settles.

The Tokyo Olympics are set to begin on July 23, and Crosby sent a heartfelt message to all the American athletes participating via his Twitter account:

Team USA is comprised of 613 athletes and features 193 returning Olympians, with 104 of them as medalists. The multiple medalists are headlined by eight U.S. women who have won four or more Olympic Medals. The list includes Allyson Felix, Katie Ledecky, and Simone Biles.

As far as the events go, baseball and softball return to the fold for the first time since the 2008 Beijing Olympics, while surfing, karate, skateboarding, and sport climbing will be making their Olympic debuts. These events only add to the USA’s ability to come away with more honors and accolades.

So although the Silver and Black faithful must wait to see their team back in action, the Tokyo Olympics will surely be able to fill the sports void.