The Raiders have waived wide receiver Trevor Davis, according to Field Yates of ESPN.com (on Twitter). Davis joined the Raiders via trade from the Packers earlier this season, but he won’t finish out the year in Oakland. 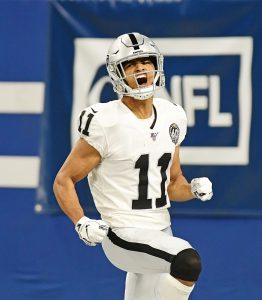 Davis returned 13 punts for 111 yards this year, averaging 8.5 yards per try. He also returned 19 kickoffs of 411 yards, good for a 21.6 yards per return average. The Raiders, ultimately, gave up a 2020 sixth-round pick and a low-end salary for the rental.

By releasing Davis, the Raiders will make way for the the return of linebacker Marquel Lee. Lee appeared in three games for the Raiders earlier this year before an ankle injury put him on IR. The 2017 fifth-round pick has 87 tackles and three passes defensed across 32 career appearances for the Raiders.