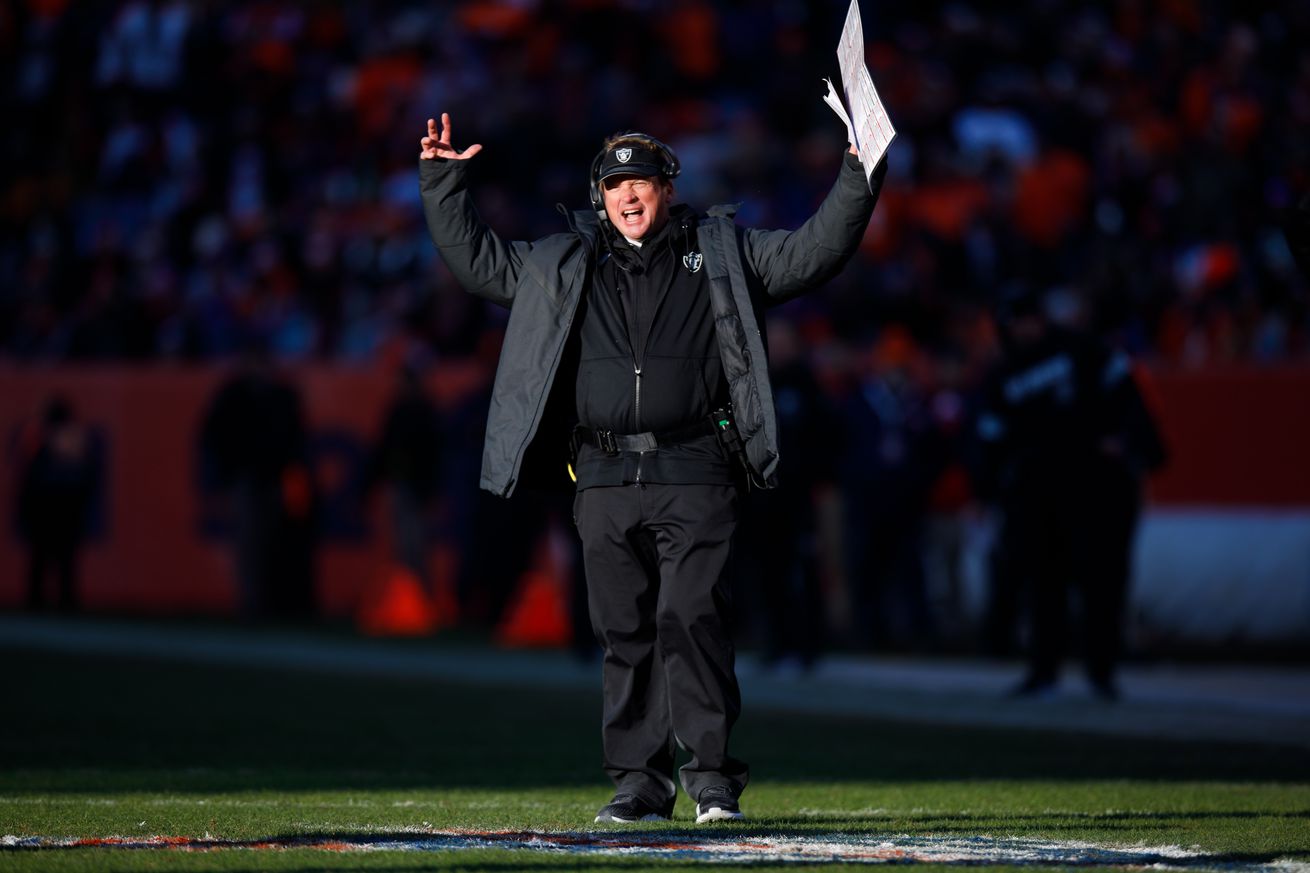 Sure, the offense got a little stagnant in the third half (what’s new), but they did put up 12 points in the fourth quarter to make things interesting.

Derek Carr threw for 391 yards (a season high) and a touchdown on 29 of 46 passing. His top target was DeAndre Washington, who caught 8 balls out of the backfield.

Hunter Renfrow (102 yards) really emerged down the stretch as a reliable target, and Darren Waller (107 yards) both went over the century mark.

The Raiders offense failed to score touchdowns despite three trips to the red zone in the first half, due to almost no fault of the passing game, however.

DeAndre Washington did a nice job filling in for Josh Jacobs, but he just doesn’t have nearly the same impact as Jacobs.

Washington was busy, especially with Jalen Richard leaving a good chunk of the game with an injury. For the second consecutive week he reached 20 plus touches, 17 of them on the ground for 77 yards.

Considering they were facing a top 10 defense in yards allowed, things were not all bad. Richie Incognito missed his second consecutive game, so Denzelle Good and David Sharpe started in place of Incognito and Trent Brown.

Von Miller was fairly quiet for most of the game until a fourth quarter sack.

Nothing spectacular from this group on Sunday. They did hold the Broncos to 70 yards on 20 carries as they should have with the Broncos missing three starting offensive lineman. Clelin Ferrell, Johnathan Hankins, Dion Jordan, Maurice Hurst, and Maxx Crosby combined for 5 tackles for loss.

It would have been nice to see more from a pass rush point of view versus a banged up offensive line, but two sacks was all the group could manage. Maxx Crosby was credited for 1.5 sacks, giving him 10 to end the year.

Again, facing a rookie quarterback making his fifth career start with a so-so group of wide receivers, I expected the secondary not to be overwhelmed. Drew Lock was held in check, and although he made some throws, he wasn’t the reason the Raiders lost this game.

Trayvon Mullen had another nice game, although he needs to improve on not being so handsy. He’s had a tendency to get called for too many pass interference penalties in his rookie year.

I might be a little overly critical here, but Daniel Carlson’s missed field goal in the first quarter was a killer. It’s inexcusable to miss a 39-yard field goal. That’s a chip shot for an NFL kicker.

It was a rough end to the year for Carlson, who missed six kicks from Week 9 on. The punt and kick return units had three opportunities and combined for 17 yards.