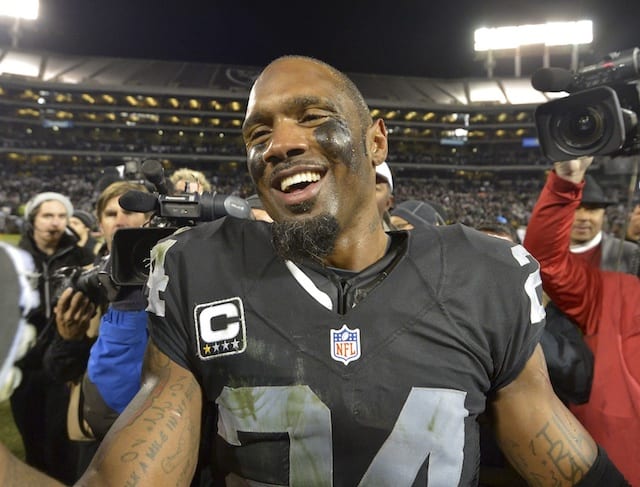 Hall of Fame defensive back Charles Woodson helped revolutionize the game for players looking to succeed in the secondary.

Woodson started as an elite cornerback for the then-Oakland Raiders and Green Bay Packers. As Father Time started to take its toll, he successfully transitioned to safety that helped put the icing on a stellar career.

Los Angeles Rams cornerback Jalen Ramsey is in the midst of his reign as the NFL’s premier shutdown corner. However, he showed off his versatility during the 2020 campaign by also lining up at nickel and even safety in the box in certain packages.

In today’s NFL, most cornerbacks are eventually faced with deciding to make the transition to safety. Ramsey said during an appearance on the “Million Dollaz Worth of Game” that he is intrigued by the prospect of following in Woodson’s footsteps after playing snaps at other positions with the Rams, via Cameron DaSilva of USAToday.com:

“I like Charles because even though I say Deion is the best corner to play the game, Charles is the best defensive back to play the game because he played multiple positions in the secondary. He played corner, he played safety, he played nickel. He did a bunch of different stuff and he affected the game in so many different ways,” Ramsey said. “Me coming to L.A., that’s kind of the role that I started to be in. I’m still on the edges, on the corner the majority of the time, but here and there, they’re starting to let me be me a little bit more. Mix it in, playing a little bit of nickel. And then at some point in my career, if it takes me there to safety, I would want to do that as well. I want to have a mix of all.”

Ramsey added that despite his interest in an eventual switch, he is enjoying his reign as the top cornerback in the NFL.

“I wouldn’t have no problems moving to safety. I love corner right now. The corner money’s better. I’m cool where I’m at,” he said.

Ramsey’s comments indicate how much the game has changed thanks to players like Woodson that managed to blaze their own path to sustain a high level of success. In a sense, it has almost become normalized for those that may have lost a step to make the switch.

Of course, Ramsey is still in the prime of his career at just 26 years old. Even Woodson was not spurred to transition to safety until he was well into his 30s.

It will be quite some time before Ramsey is faced with making a decision on potentially transitioning to safety. Fortunately, the experienced he has garnered playing different positions in L.A. has seemingly opened up a new possibility down the road.