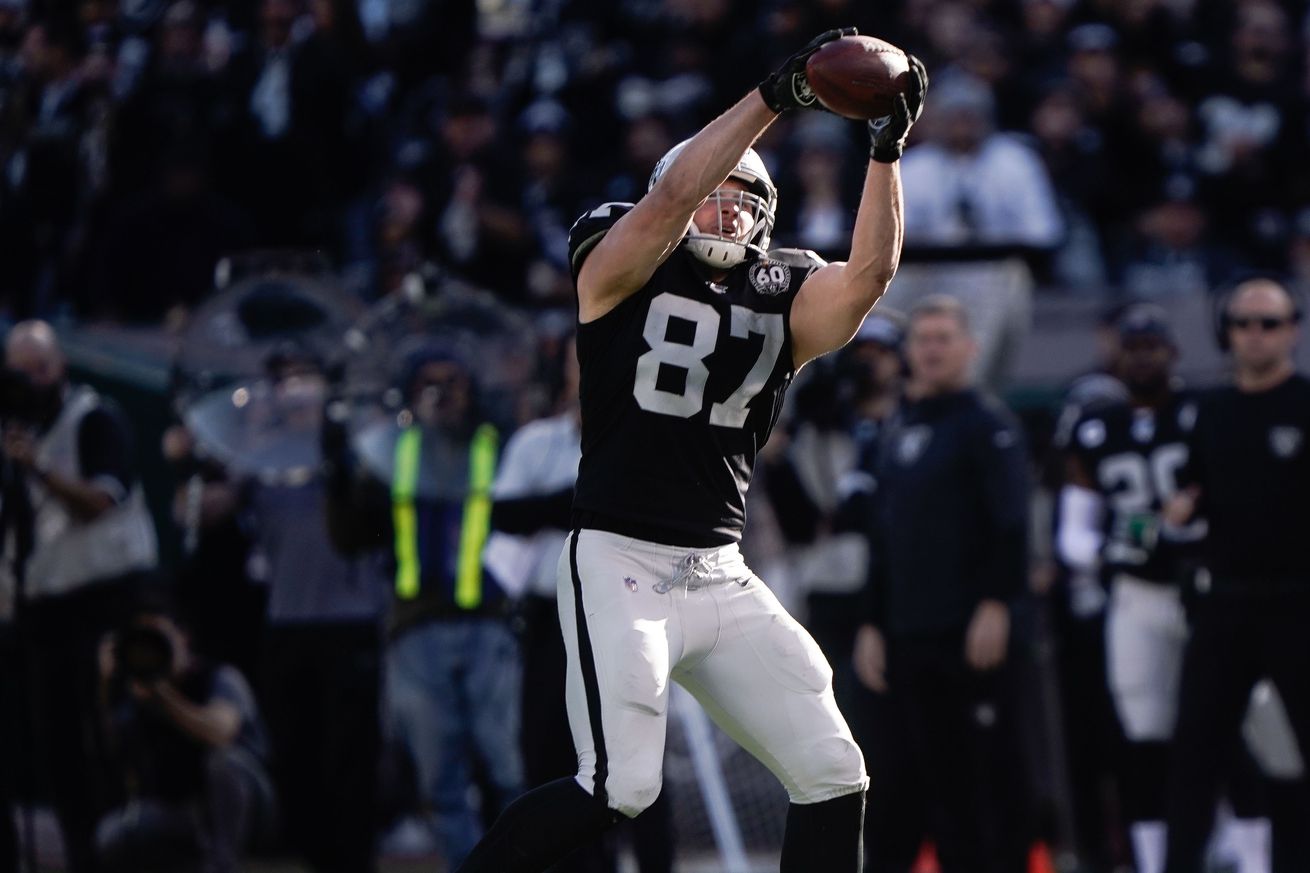 Jon Gruden announced at his press conference today that rookie tight end Foster Moreau will be out for the rest of the season after suffering a knee injury against the Titans.

Moreau landed awkwardly after being tackled on the sideline and left for the remainder of the game. His rookie season will end with 21 catches for 174 yards and five touchdown grabs.

Coach Gruden has announced that Foster Moreau (knee) is out for the remainder of the season.

Tight end is one of the hardest positional transitions in the NFL due to the complexities of blocking and receiving at the position. In Gruden’s offense, Moreau was asked to play out wide, in the slot and in-line. As the year progressed, Moreau became a favorite red zone target of Derek Carr’s — a role he’ll likely hold onto next season.

With Moreau out for the year, the Raiders will put more on Derek Carrier’s plate and will have an open roster spot that’ll likely be filled over the next few days.

Gruden said he “can’t compliment the job (Moreau) did enough,” while expressing that the 22-year-old LSU product will be play a major part in the Raiders offensive future.

Moreau is the latest blow to a young team that was already missing offensive pillars Josh Jacobs, Trent Brown and Hunter Renfrow against Tennessee. Renfrow’s originally targeted return from a broken rib was Week 16 against the Chargers, but it sounds like he may have an outside chance to come back this Sunday.