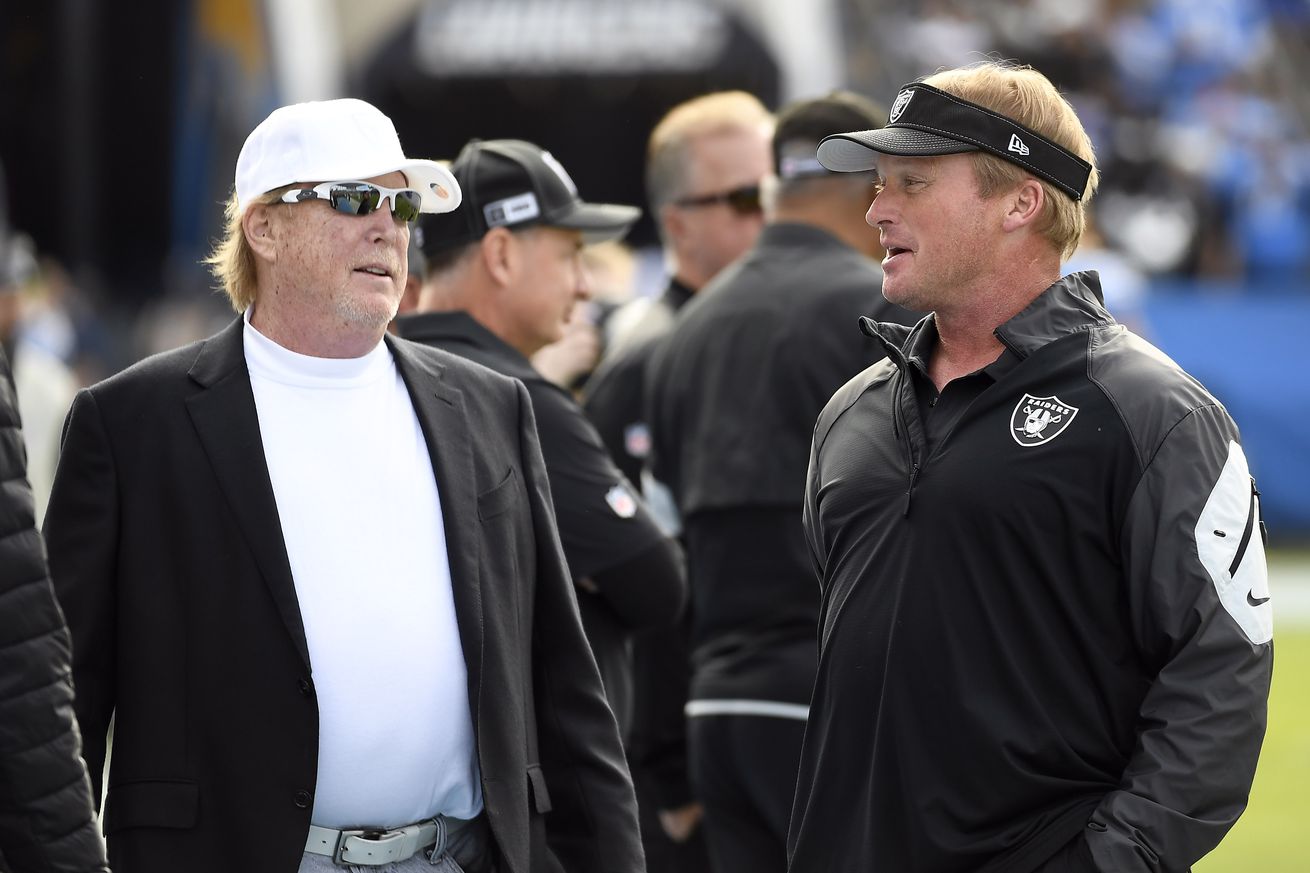 The loss of a draft pick is possible

The good news for the Las Vegas Raiders is that they had no positive coronavirus tests Sunday morning and their game against the visiting Tampa Bay Buccaneers will kickoff at 1:05 p.m. PT.

But the Raiders’ consequences of dealing with the virus is not over. Fox’s Jay Glazer reported that the Raiders are facing major fines and a potential loss of a draft pick.

The Raiders have had several issues with breaking NFL coronavirus protocol. The team and players have been fined a total of $565,000 so far.

Here’s the report from Glazer.

The #Raiders will be fined more than the #Titans pic.twitter.com/b9X4fWHySa

However, here is another report:

Lots of stuff out there on this, but per a league source there hasn’t been any discussion yet on potential @Raiders penalties regarding latest COVID-19 situation. Premature to even start speculating on how severe it might be.

The Raiders’ latest issue began when right tackle Trent Brown tested positive last week and the other four starting offensive linemen had to miss the entire week of practice because they were in close contact with Brown. All four players will start today.

However, safety Johnathan Abram was in close contact with Brown on Tuesday and he won’t play today, along with Brown. The NFL Network reported the two players went shoe shopping on Tuesday.

From the @NFLGameDay Notebook with @MikeGarafolo & @TomPelissero: Antonio Brown joins the #Bucs; why the #Seahawks didn’t sign AB and whats next; how shoe shopping left the #Raiders short-handed; and why Minshew Mania could be ending for the #Jaguars. pic.twitter.com/EDSXLqbmwh