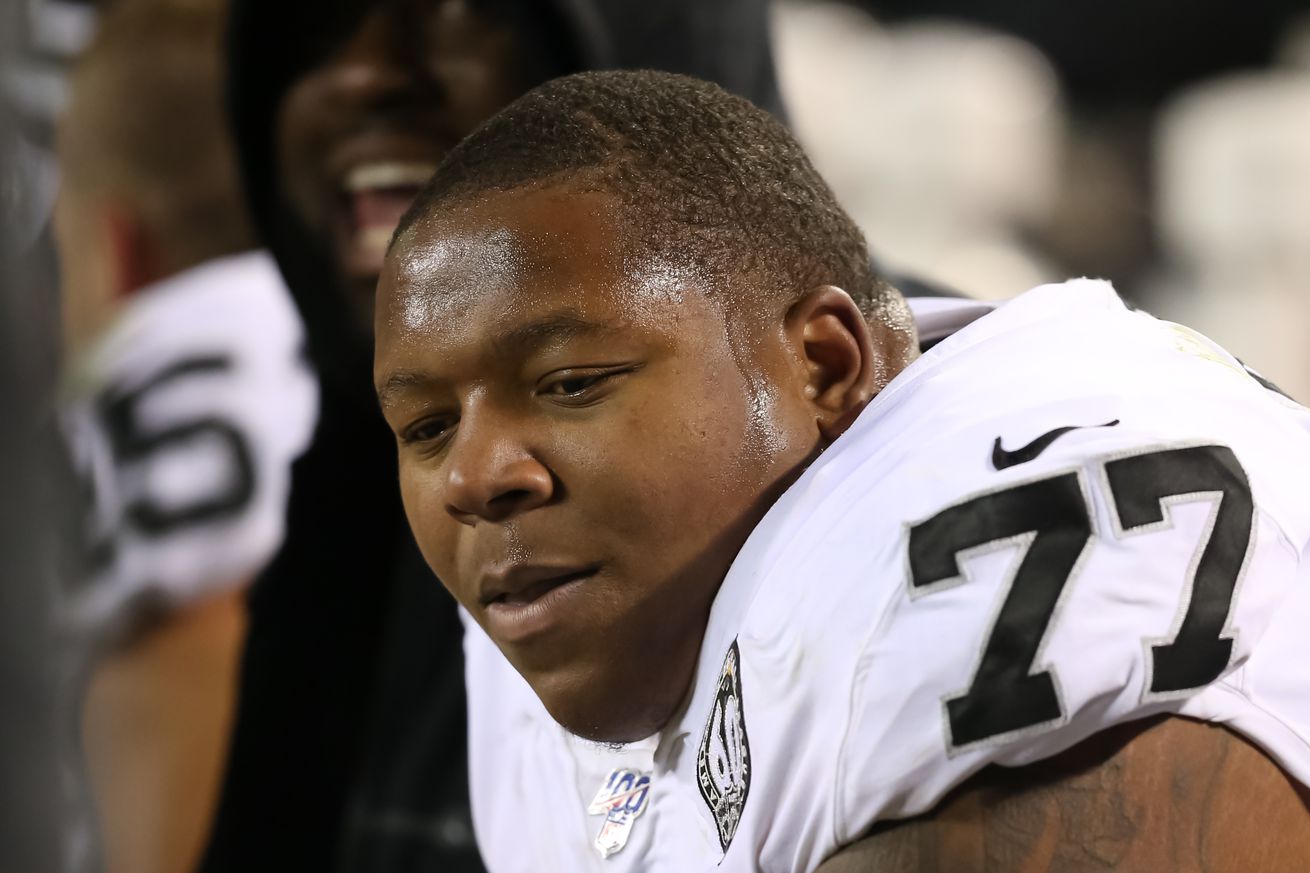 Trent Brown is being discharged from a Cleveland hospital on Monday afternoon, according to ProFootballTalk.

Per source, Raiders OT Trent Brown will be discharged from a Cleveland hospital today, a day after a pregame IV mishap put air in his bloodstream.

Doctors in Cleveland are still conducting tests on Las Vegas Raiders right tackle Trent Brown to determine exactly what his condition is after he suffered an IV mishap on Sunday morning that put air in his bloodstream, coach Jon Gruden said Monday.

Gruden said Brown is doing well and he is in good hands, but he said the Raiders are waiting to find out “what’s wrong” with him. He was taken from the team’s locker room about two hours before the Raiders’ 16-6 win over the Cleveland Browns on Sunday. Gruden said the team was “shaken up” by the scene and prayed for Brown and tried to win for him.

Asked about Brown’s potential availability for Sunday’s game at the Los Angeles Chargers, Gruden said it is too early to know anything, adding that the team will update the media on Brown’s health when there is news.

“His availability and status is not up for discussion right now,” Gruden said.

Brown was lifted from the reserve/COVID-19 list on Friday after being on it for nine days. He practiced for the first time in three weeks on Friday.

Meanwhile, Gruden said third-string tackle Brandon Parker, a 2018 third-round pick who has been a disappointment, earned a game ball Sunday. He took over for Sam Young, who started for Brown, after he left with a knee injury in the second quarter.

Parker was a big part of a dominant performance by the offensive line as the Raiders ran for 208 yards and held the ball for 37 minutes, 43 seconds against the Browns.

He could be in line to play against the Chargers depending on Brown’s situation.