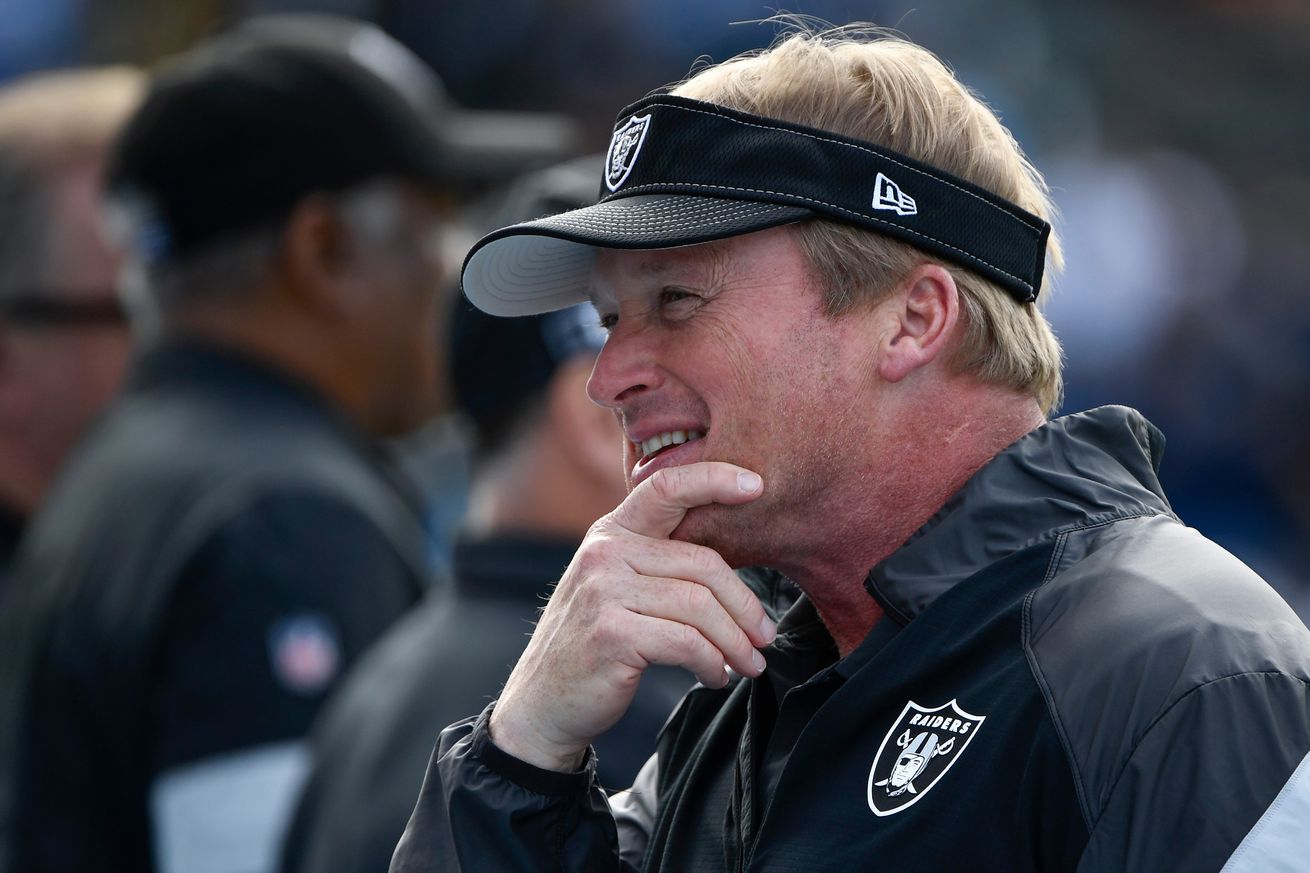 Just Blog Baby: Will the Raiders be without Mike Mayock going forward?

During his State of the Nation podcast, the Athletic’s Vic Tafur stated that “he would not surprised” if Mayock left after one year, which sent off a firestorm on Twitter.

Here’s the tweet containing the excerpt of Tarfur’s statement I sent out in case you can’t or don’t listen want to the podcast.

Really stirring the pot with this one.

There’s a small vocal contingent of Raiders fans who believe Gruden will keep Carr as his QB as long as possible to deflect any attention on himself.

The Raider Ramble: Should the Raiders have drafted QB Drew Lock?

On the low, this is the matchup I’m waiting the most for next season. I can’t wait to see a healthy Raiders offense take the field against the Denver Broncos, and their expected improvements on defense.

Arrowhead Pride: Four things we learned in the AFC’s Wild Card round

All my hopes and wishes rest in the hands of Lamar Jackson, Ryan Tannehill, and Deshaun Watson. My worst nightmare is a 49ers and Chiefs Super Bowl.

Bolts From the Blue: Will the Chargers play it safe again this offseason?

I don’t know if it’s funny, sad, or if I should be concerned for people’s mental health, but the idea that Tom Brady is going to sign with the Los Angeles Chargers or the Las Vegas Raiders is baffling to me. But I also never thought in a billion years Gruden would trade Khalil Mack.

Mile High Report: For the first time in four years, a path has finally emerged to get the Broncos back in the playoff

I’m a Raiders fan, but I’m not a homer, I’m a realist. I openly said before the season started I expected the Raiders to be picking in the top five of this draft. I’ll own up and admit I was wrong, but I never ever thought the Raiders were going to the playoffs. Why am I bringing this up now? The Broncos play:

Where the hell does anyone see the Broncos winning nine or ten games with this schedule? Honestly.

16 point leads heading into halftime are the devil, but if the Patriots’ run is really truly over, Josh Allen needs some more offensive weapons. If that happens, this might be a team to look out for next season. The defense is already pretty much there.

I came into the playoffs saying that Bill O’Brien is the worst coach out of all the playoff teams, and I still believe that. It took an epic collapse by the Bills for the Texans to come back. The first half was extremely reminiscent of last year’s divisional matchup between the Colts and the Texans. The team just looks so unprepared every damn time. However, here’s hoping they can do it again Sunday against the Chiefs.

SB Nation: Mike Vrabel used Bill Belichick’s own rules loophole against him to beat the Patriots

Belichick was so pissed off on the field about it and I loved every minute of it, BUT at least he’s not a poor sport like Nick Saban, who whines every time his team loses a game.

There are no losers on the Tennessee side, and no one can tell me otherwise. Derrick “The Dynasty Killer” Henry has a nice ring to it. I still can’t believe the Titans won with Tannehill throwing for 72 yards.

Haha this is really the headline from this article.

I don’t understand why everyone was up in arms over the touchdown catch in overtime. It didn’t look like offensive pass interference to me, but then again, not my team so I don’t really care. I’m also not trying to hear any other team whine about treatment from NFL referees either.

Daily Norseman: Filtering out the noise

It’s going to be the battle of defensive lines when the 49ers take on the Vikings, and I’m pretty excited for that. Also, Kirk Cousins may be 0-9 on Monday Night Football, but he went into New Orleans and won, with a lot of help from Dalvin Cook, but he still won.

I’m not even going to lie, I didn’t watch this game because I assumed the Seahawks were going to win, but man Wentz has the worst luck in the playoffs.

I remember having a conversation with my friend, who’s a die-hard Seahawks fan, right after the draft that Metcalf’s neck injury, which forced him to stop playing in college last season, was going to hamper his play as a pro. His response, “the Seahawks are going to develop him and turn him into something special. Just watch.” You weren’t wrong Devon, you weren’t wrong.