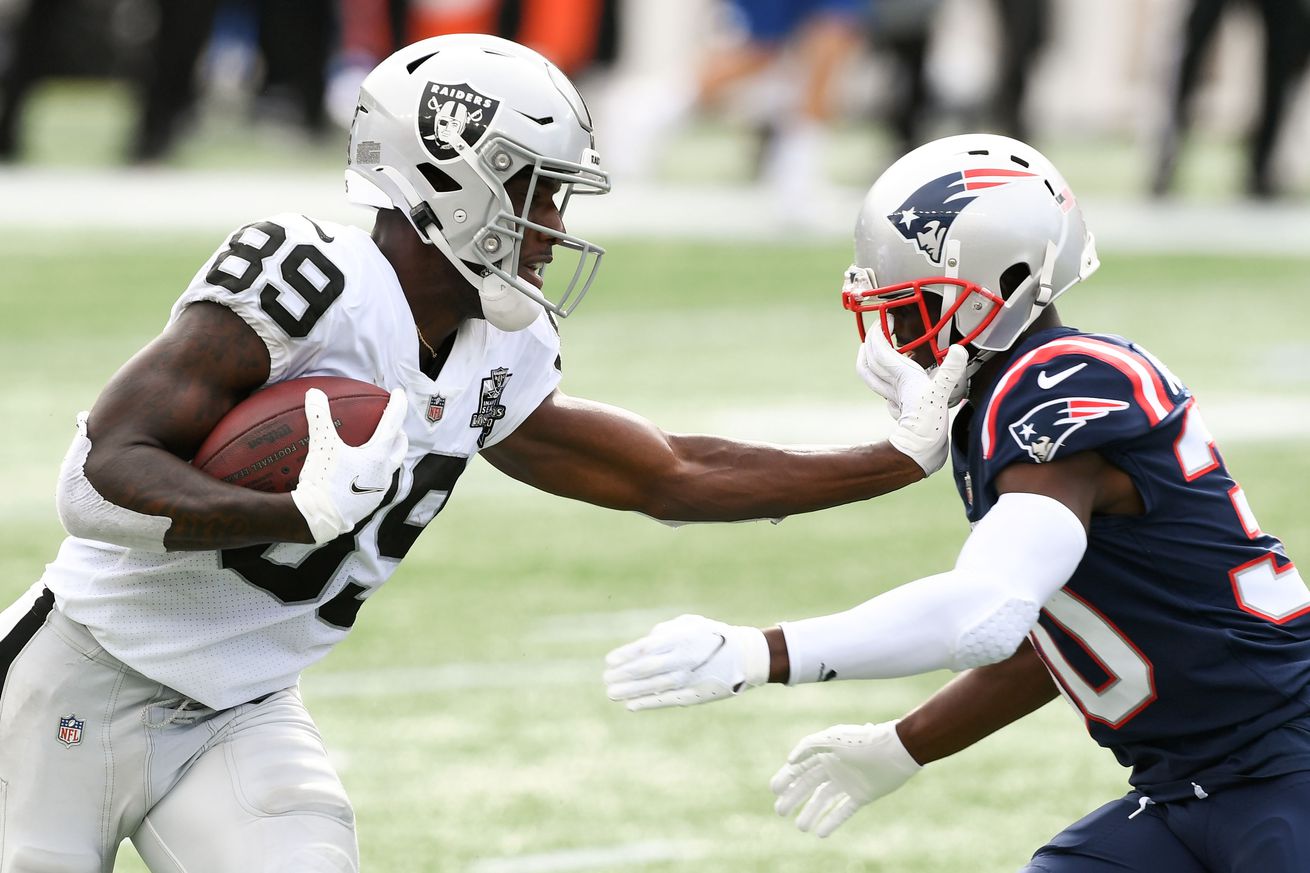 Third-round pick is being brought back slowly

According to longtime Raiders’ beat writer Jerry McDonald, Edwards played just one snap in the game. It was Edwards’ first game since he suffered an ankle and foot injuries in a Week 3 defeat at the New England Patriots. Edwards was practicing for a couple of weeks before playing Sunday.

It’s not a surprise that Edwards is being eased back. The Raiders thought high enough about the third-round pick from South Carolina to make him a starter at the beginning of the season. He will likely get increased snaps in the coming weeks, but with Nelson Agholor continuing to provide big plays, there is no need to rush Edwards back.

In other Raiders’ links: