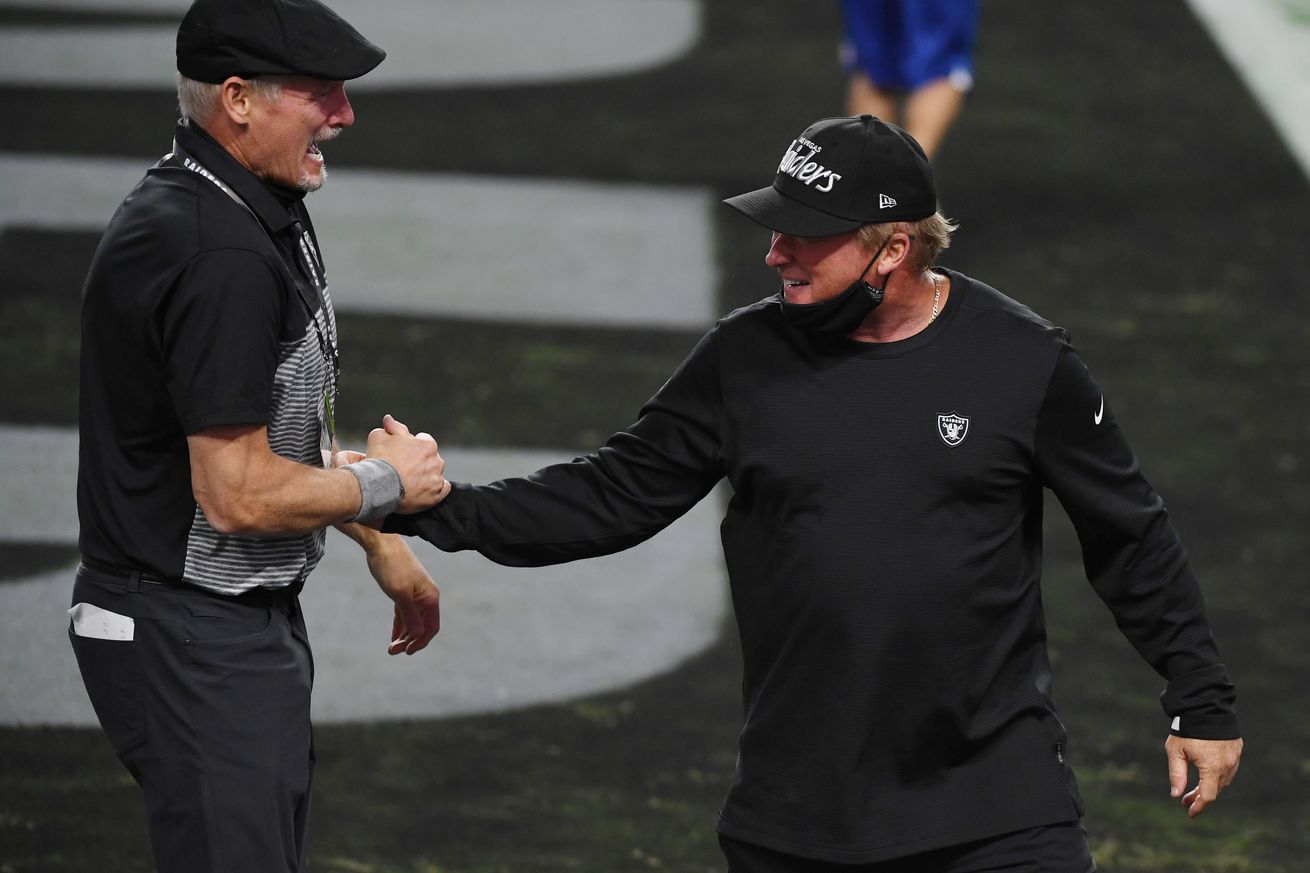 Report suggests no big deals are coming for Las Vegas

Will the Las Vegas Raiders — who are 4-3 in and the thick of the AFC playoff race — make a trade to shore up their defense before the NFL trade deadline at 1 p.m. PT Tuesday?

Veteran Raiders reporter Jerry McDonald doesn’t anticipate any deals made by the Raiders that would add big salaries. The Raiders don’t have a ton of salary cap space, so that approach makes sense.

I don’t put anything past Jon Gruden when it comes to trying to add talent, so anything is possible with him and general manager Mike Mayock trying to make the team better. But the reality of finances has to be considered as well in these final hours before the deadline.

In other Raiders’ links: