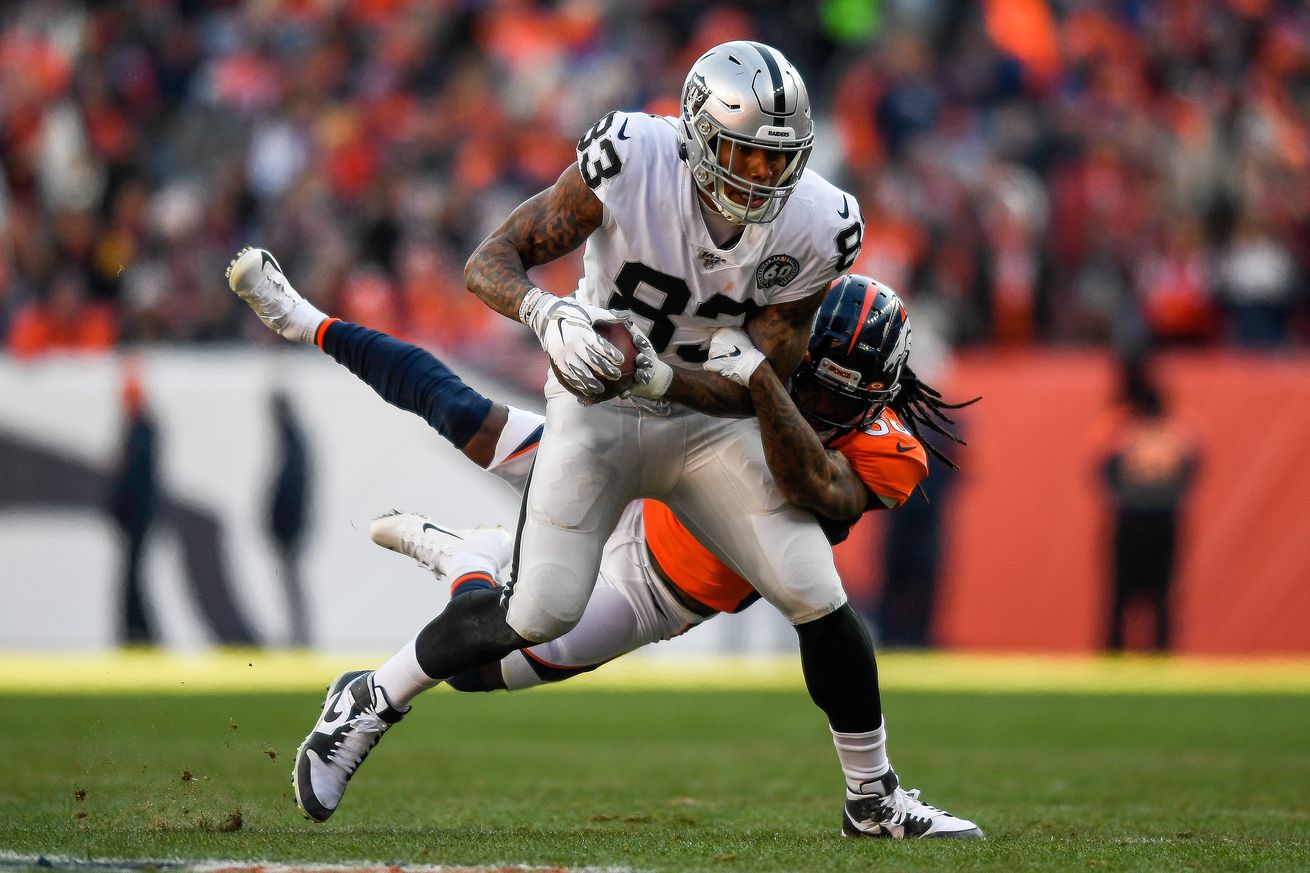 You’ve heard this one a few times this year. Waller finished his breakout year with a 6 catch, 106-yard effort, bringing his season totals to 90 receptions for 1,145 yards, and somehow only 3 touchdowns.

Waller has established himself as one of the premier tight ends in the league, finishing behind only Travis Kelce in yards and receptions among the position. Gruden truly found a diamond in the rough with Waller, and the Raiders have the tight end locked up through the 2023 season.

What else can be said about the rookie defensive end. A great find by Mayock in round four getting a player who has the makings of an elite pass rush.

Crosby filled up the stat line once again in the season finale with 5 tackles, 1.5 sacks, 1 forced fumble, and 1 pass deflection. He finishes the season tied for 15th in the league with 10 sacks.

Crosby is right in the thick of the defensive rookie of the year conversation.

The legend of Hunter Renfrow continues to grow. The 5-foot-10 slot receiver who looks more like a paperboy than an NFL player showed he is more than just third down option over the course of the final two games.

After recording his first 100 yard game since high school, Renfrow followed that up with another 100 yard game in Week 17 (6 receptions, 102 yards). The chemistry between Renfrow and Derek Carr is undeniable. After Waller, Renfrow was second on the team with 71 targets in 13 games.

With security blankets in Waller and Renfrow, the Raiders need to bring in a true WR1, whether it be in free agency or the draft.