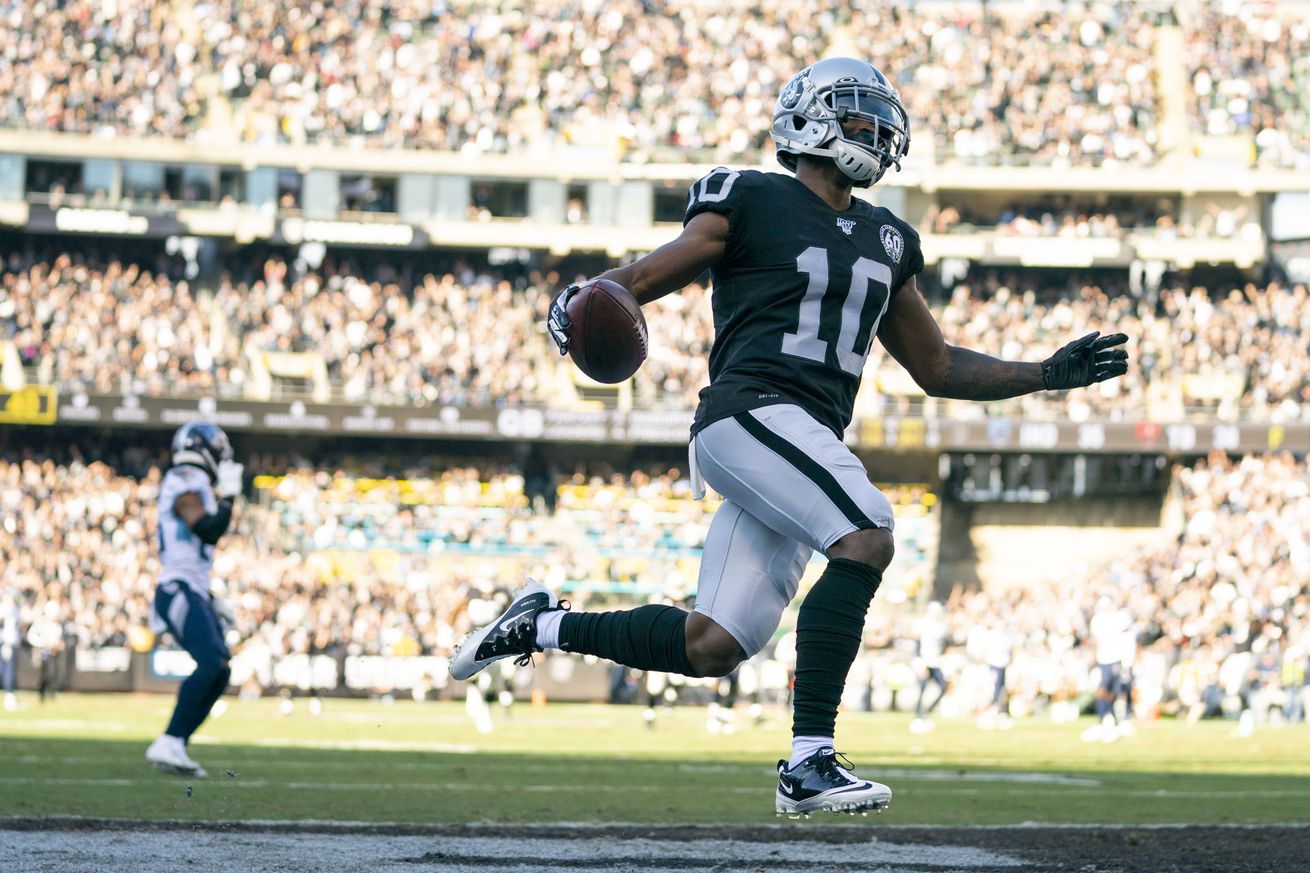 Filling in for the injured Josh Jacobs, Washington was first in line for work instead of Jalen Richard. Washington showed off his versatility, carrying the ball 14 times for 53 yards while catching six passes for 43 yards. Washington out touched Richard 20 to 9.

His best run of the day came in the first quarter when he scored from 14 yards out. It’s very likely that either Richard or Washington won’t be around next year. Gruden has flirted with the idea of bringing in another back this season, so you’d think he isn’t satisfied with the situation behind Jacobs.

With the news that Foster Moreau will be lost for the season with a knee injury, Carrier will be the man to fill his absence. Moreau is tied for the team lead in touchdown receptions with five. His production in the red zone will be greatly missed.

Gruden hinted at the idea that Moreau could miss a big part of next season, so it’s likely Carrier could not only be the short term option, but also the long term next season alongside Darren Waller.

Carrier has nine catches for 87 yards and one touchdown.

Hey, not a bad way to make your first NFL catch and score your first touchdown on the same play. Gafford’s 49-yard touchdown reception was one of the lone bright spots for the team on Sunday.

Gruden has made it known that there will be a shake up happening at the wide receiver position. Trevor Davis was let go and Rico Gafford was brought up from the practice. The next three weeks of the season are a great opportunity for young guys like Gafford, Keelan Doss, and Marcel Ateman to show what they can do.

Gafford is an interesting story out of the University of Wyoming, where he played cornerback. After being clocked at an unofficial 4.19 seconds in the forty at his pro day, the Raiders decided to switch his position to receiver once after the Titans cut the undrafted free agent in 2018.

Gafford is a guy to keep an eye on.