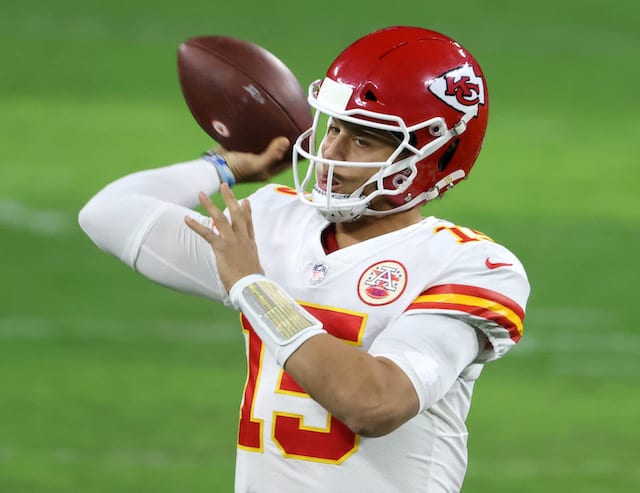 The Las Vegas Raiders’ 2020 season came to a disappointing end as they finished 8-8 and missed the postseason for the fourth consecutive year.

That means they will be watching Super Bowl LV from home this Sunday like everybody else with the Kansas City Chiefs getting set to take on the Tampa Bay Buccaneers.

Kansas City making this game came as no surprise after going an NFL-best 14-2 in the regular season and cruising to wins over the Cleveland Browns and Buffalo Bills in their first two postseason games.

Patrick Mahomes is currently playing at an insanely high level, going 25-1 in his last 26 starts dating back to last season. That one loss, of course, came against the Raiders in Week 5 of this season.

On the other side of the field will be Tom Brady and the Buccaneers, who were a bit of a surprise entry after winning three road playoff games over the Washington Football Team, New Orleans Saints and Green Bay Packers to get to Super Bowl LV.

Brady is playing in the 10th Super Bowl of his career as he looks to win his seventh, which would build on an already incredible legacy. Meanwhile, Mahomes and the Chiefs are looking to be the first back-to-back champions since Brady and the New England Patriots did it in 2004 and 2005.

Super Bowl LV is set for 3:30 p.m. PT and will be televised nationally on CBS with Jim Nantz and Tony Romo on the call. The Weeknd will be performing the halftime show, although it will not take place in the middle of the field due to coronavirus (COVID-19) restrictions.