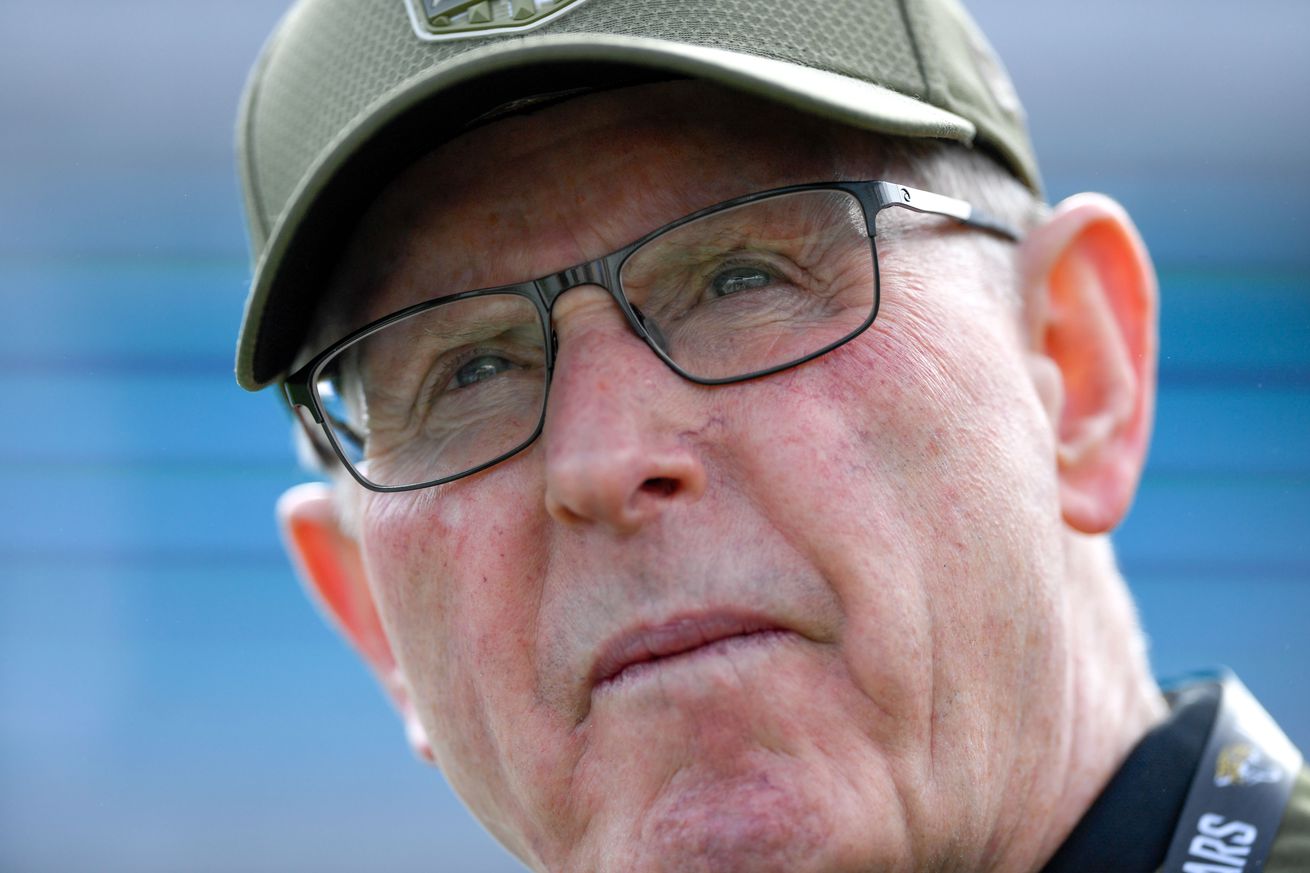 As if Oakland Raiders fans didn’t need enough reasons to seriously despise the Jacksonville Jaguars, firing Tom Coughlin actually has a more significant effect on the Las Vegas Raiders than one would think. If I haven’t lost you yet, here are the three reasons Coughlin’s firing has a substantial effect on the Raiders moving forward.

Cyril has made the case here and here of why Simmons won’t make it past the Jaguars’ pick at No. 9 overall, so there’s no need to get into it in depth. If you think Simmons will be there at 12, then you’re going to be disappointed. I hate to be that person, but someone’s got to keep it real with you.

That being said, I want to focus on Coughlin’s draft selections over the three years he was in charge.

Coughlin sometimes did the obvious move (Josh Allen) and moves that left you scratching your head (Taven Bryan). I believe the Jaguars found their QB in Minshew. Outside of D.J. Chark, there’s not a whole lot of offensive weapons for Minshew to continue to develop. I think Coughlin was a real wild card in this process and there was a chance he took CeeDee Lamb or the best available tackle to keep Minshew upright. General manager, David Caldwell and head coach Doug Marrone know that next season is their last chance to right the ship or else they’ll be joining Coughlin in the unemployment line. He fits an enormous need as the Jaguars have a worse linebacker corps than the Raiders, and that’s really saying something. Isaiah Simmons is one of the safest picks in this entire draft. I know it, you know it, and I guarantee you those two know it as well.

I don’t know if any of you are fans of Madden, but that might be your only chance to pair Yannick Ngakoue and Maxx Crosby together. This was another situation where there was a real chance that Coughlin would’ve drove Ngakoue to free agency. Before the season started, Coughlin and Ngakoue apparently had some issues. Here’s an excerpt our sister site Big Cat Country reported citing Albert Breer of SI.com:

Just before training camp last summer, Coughlin declared that the Jags had made their final and best offer to pass-rusher Yannick Ngakoue. The problem? It was late July, and negotiations were still in the early stages, having only started earlier that month. And the comments sufficiently angered Ngakoue, who was planning on reporting to training camp, to the point where he launched a training camp holdout instead. And this was a player that the team wanted to sign.

Now, I have no experience in any front office level job with any professional sports team, but I don’t think this is how you’re supposed to handle these kinds of situations. Coughlin’s behavior was going to force the team to franchise Ngakoue or let him walk in free agency. Spotrac has Ngakoue’s average market value at $17.1 million per season, which basically calls for a 5-year, $85 million-dollar contract. Right now, the Jaguars have around $1.2 million dollars in cap space. That number can jump to $26 million if the Jaguars release Marcell Dareus and Marqise Lee, which seems to be most likely after looking at their current price tags. That’s an easy way to create the space the Jaguars need to re-sign the 24-year-old.

There is some good news, as I’m not trying to be a complete Debbie Downer. The minute Coughlin traded Jalen Ramsey to the Los Angeles Rams it absolutely crippled their already fragile cap space situation. Seriously, the Rams have $23 million dollars in cap space for this upcoming free agency, and a looming need to re-sign both Jalen Ramsey and Cooper Kupp next off-season. They cannot afford to re-sign Littleton and Fowler Jr. to market value contracts and still have enough money to sign Kupp and Ramsey. It also helps that Todd Gurley has a dead cap number of $25 million dollars this upcoming season. The Rams’ horrendous cap situation is going to be some team’s gain that’s looking for an effective linebacker or pass rusher. Hopefully, the Raiders are the team to make that gain, but they’ll definitely have the chance at one or both, and competition as well.