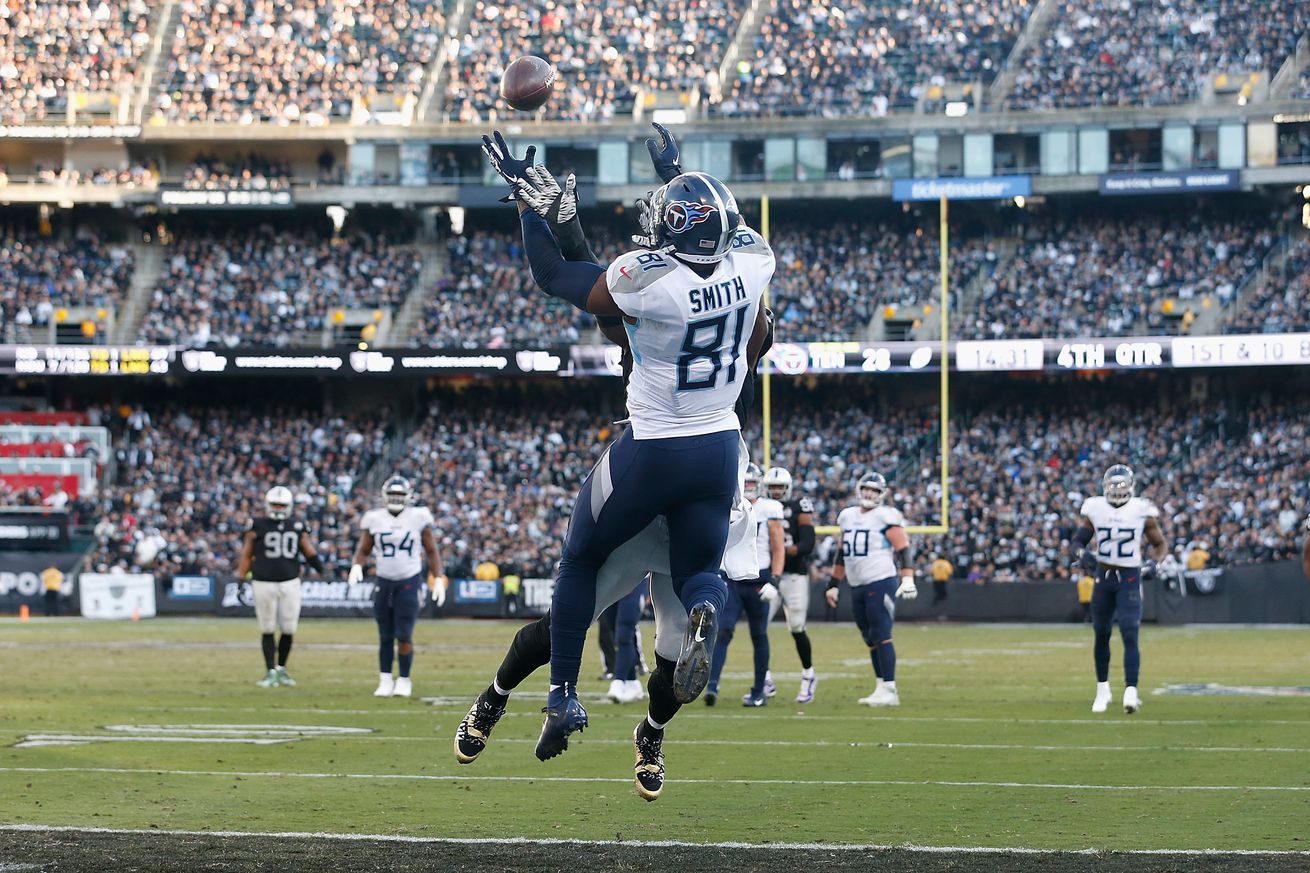 With Sunday’s loss to the Titans, the Raiders chances of making the playoffs in 2019 are all but finished. It was a competitive game for a half, but things unraveled in the second half as Oakland was outscored 21-0.

The turning point play of the game came with 14:34 left in the fourth quarter and Raiders trailing 28-21. The defense was shredded all game long, and if the Raiders had any hope of a comeback, a stop was needed. That obviously did not happen.

Ryan Tannehill took the snap from the Oakland 18-yard line, faked a handoff to Derrick Henry, and rolled out to his right on a bootleg. To the surprise of the defense, Tannehill stopped and threw across his body down field to his backside tight end, Jonnu Smith.

Tahir Whitehead was trailing in coverage, and as the ball was coming in, Smith high-pointed it and made an incredible catch over the defender.

If Tannehill to Smith was the turning point, Darren Waller’s fumble that was returned for a touchdown on the ensuing drive was the nail in the coffin. The next two possessions for the Raiders resulted in a punt and Derek Carr throwing the ball away on fourth down from the Titans 2-yard line.