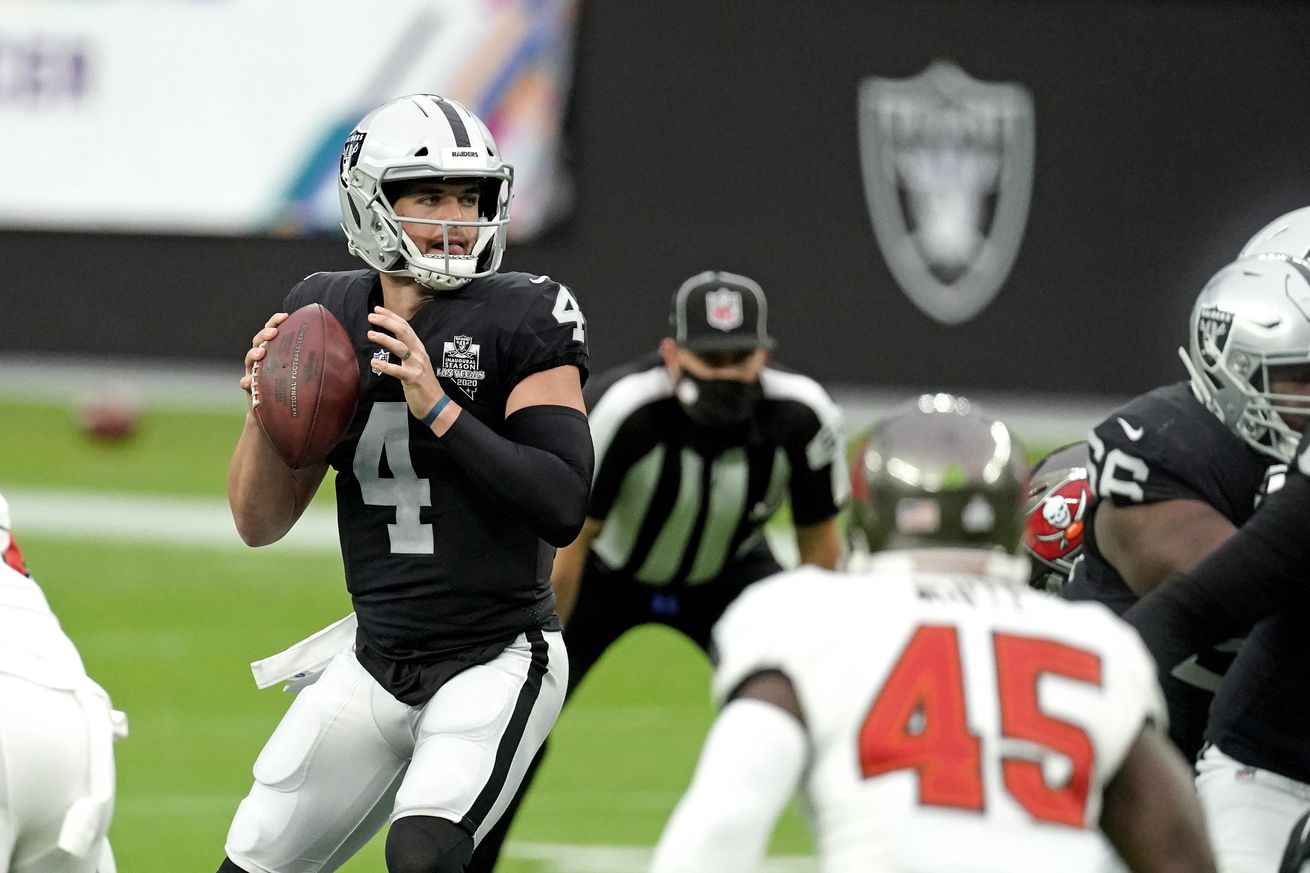 Any concerns about how the Las Vegas Raiders offense would perform after practicing without their starting offensive line all week were quickly put to rest on Sunday. The Raiders came out of the gate firing on their opening drive, marching down the field to strike first against the Tampa Bay Buccaneers.

After holding Tom Brady and the Bucs to a three and out on Tampa Bay’s first drive, the Raiders took the ball at their own 30-yard line and marched 70 yards in just six plays.

The drive culminated in a 21-yard touchdown pass from Derek Carr, and a sensational catch by Nelson Agholor.

Straight down the field.

Early lead in Vegas. ✔#TBvsLV is live on FOX pic.twitter.com/YSHrTray6T

Carr also found Agholor for a 28-yard gain on the second play of the drive, so that connection is clearly working well.

Jon Gruden could not have scripted a better start as his former team came to town, especially with the offensive line worries. That was exactly what Vegas needed after a tough week of practices.