With the Raiders surprisingly releasing Maurice Hurst last week, the team doesn’t have a long-term option at defensive tackle on the roster. They did bring back Johnathan Hankins, but he is a one-technique run-stuffer who doesn’t add a lot of pass rush. They also signed several other journeymen defensive tackles, but none passed the 2021 season.

Unfortunately, the 2021 NFL Draft doesn’t have a ton of top-end talent at defensive tackle. But there are a few intriguing options on Day 2. One such player is Levi Onwuzurike from Washington. Onwuzrike opted out of the 2020 season, but he has the athleticism and pass rush potential to warrant a top-60 selection.

At Washington, Onwuzurike played mostly as a nose tackle, but he has shown the quickness and burst to be an up-the-field player in the NFL. In three collegiate seasons, he totaled 16 tackles for a loss and seven sacks despite playing over the center on most snaps.

In a recent mock draft by ESPN’s Mel Kiper Jr. and Todd McShay, they had the Raiders grabbing Onwuzurike in the third round. Here is what they had to say about that potential selection:

“This is a really good depth add for the Raiders. He’s super disruptive and can rotate with Quinton Jefferson, Johnathan Hankins and Solomon Thomas on the inside of Las Vegas’ 4-3.”

If Onwuzurike fell to the third round, that would be a steal for the Raiders as he certainly has the talent to be a Round 1 player. Picking him in the third round would allow him to be part of the defensive line rotation rather than a Day 1 starter.

Assuming the Raiders don’t go defensive tackle in Round 1, keep an eye out on Onwuzurike on Day 2 as he could help fill the team’s interior defensive line need. 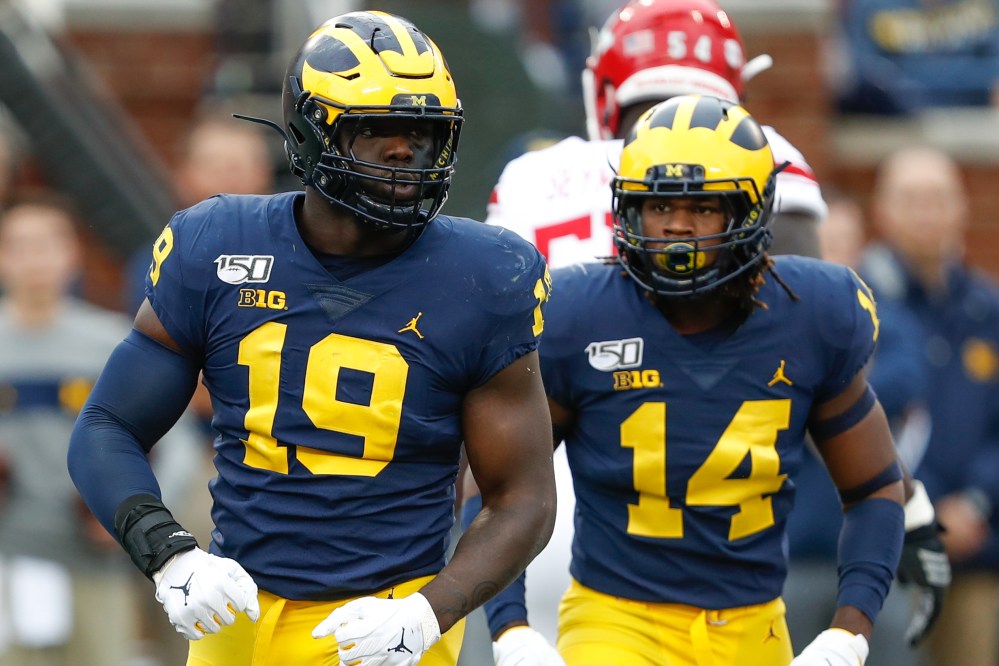