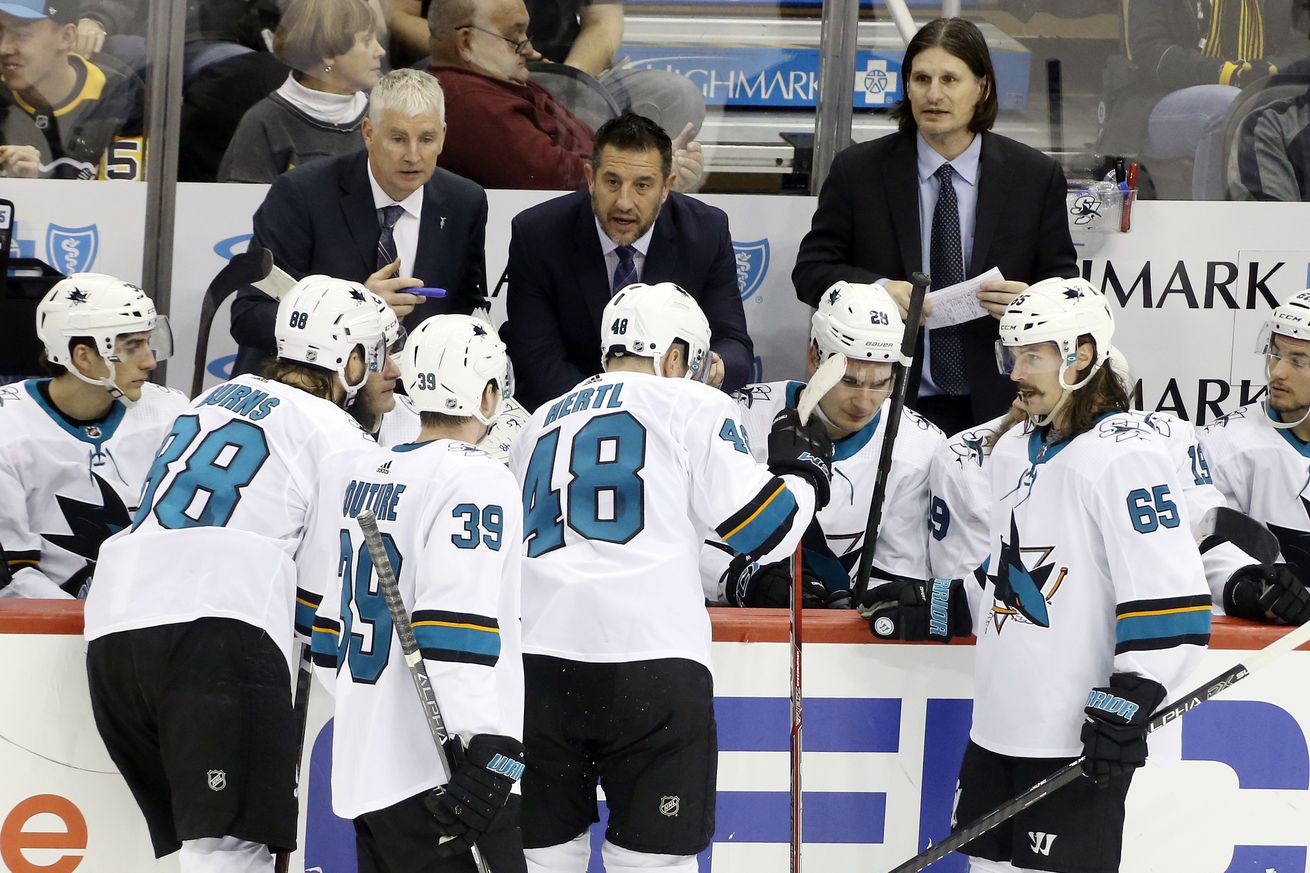 Early morning start on the first day of back-to-backs

The San Jose Sharks (18-21-3, 6th Pacific) are a rollercoaster lately and we’re hoping that they’re climbing this morning, but an early morning start against the Columbus Blue Jackets (19-14-8, 6th Metropolitan) feels a little bit like we’re in for a dip.

It’s early, but it looks like it’s Aaron Dell’s net. Everything else is the same as Thursday in Pittsburgh.

‪Coffee, then hockey, then probably more coffee. Expected lines for the #SJSharks trip to Columbus.‬

As for the Blue Jackets…

It looks like Elvis Merzlinkins in net. The kid has exactly 11 NHL games to his name and a 2-4-3 record. This is a quick turnaround so I can’t figure out why the numbers don’t add up exactly. This is just what TSN tells me.

You’ll remember the Blue Jackets’ starting goaltender Joonas Korpisalo went down on Sunday during a game with the Chicago Blackhawks. It led to this awesome rant by John Tortarella who received a $20,000 fine from the league.

Puck drop from Nationwide Arena will be at 10 a.m. PT/1 p.m. ET. Today’s broadcast will be available on NBC Sports California in the Bay Area and on Fox Sports Ohio for the visitors’ market. Streaming will be available on NHLtv. The radio call will be on 98.5 KFOX or available to stream through the Sharks + SAP Center app.