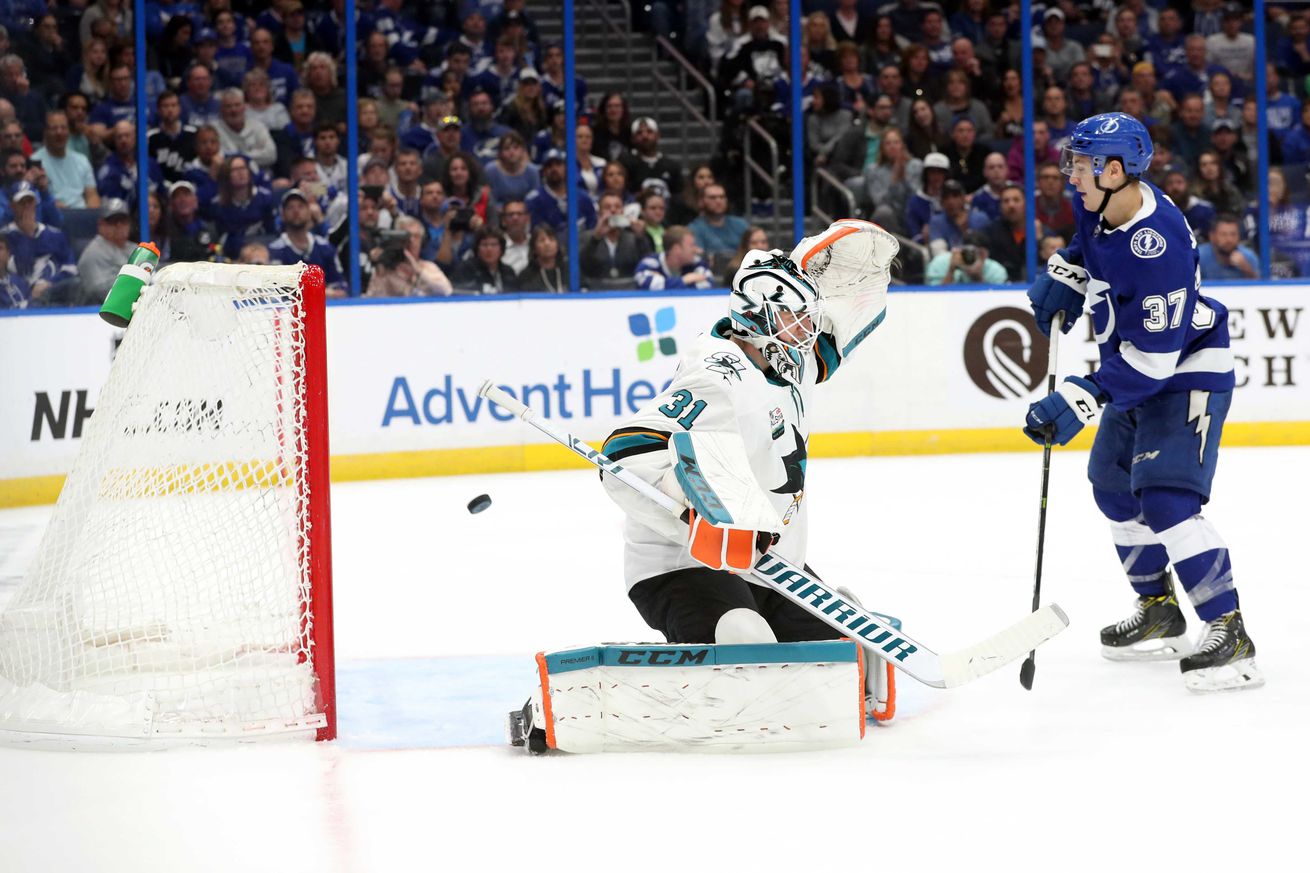 Can the Lightning’s poor penalty kill zap some life into the Sharks power play?

The puck drops soon between the Tampa Bay Lightning and the San Jose Sharks. The Lightning have been underachieving this season and are clawing out points any way they can just like the Sharks. It will be interesting to see who comes out on top today.

Our pathetic power play, operating at a 16.9 percent success rate will likely sink us today. But then the Lightning aren’t very good on the penalty kill, so maybe we have a shot…

Martin Jones with the start today. I suspect that means that Aaron Dell will start in net tomorrow against the Florida Panthers.

Note that again Brent Burns and Radim Simek have been split up. Burns is playing with Mario Ferraro and Simek has dropped down to the third defensive pairing with Brenden Dillon.

This is courtesy of our friends over at Raw Charge.

Puck drop is at 4 p.m. Pacific/7 p.m. Eastern from Amalie Arena. Bay Area viewers can find the game on NBC Sports California. The game is also available for streaming on NHLtv. If you prefer to listen on the radio, tune to 98.5 KFOX if you’re in the Bay Area or use the Sharks app.