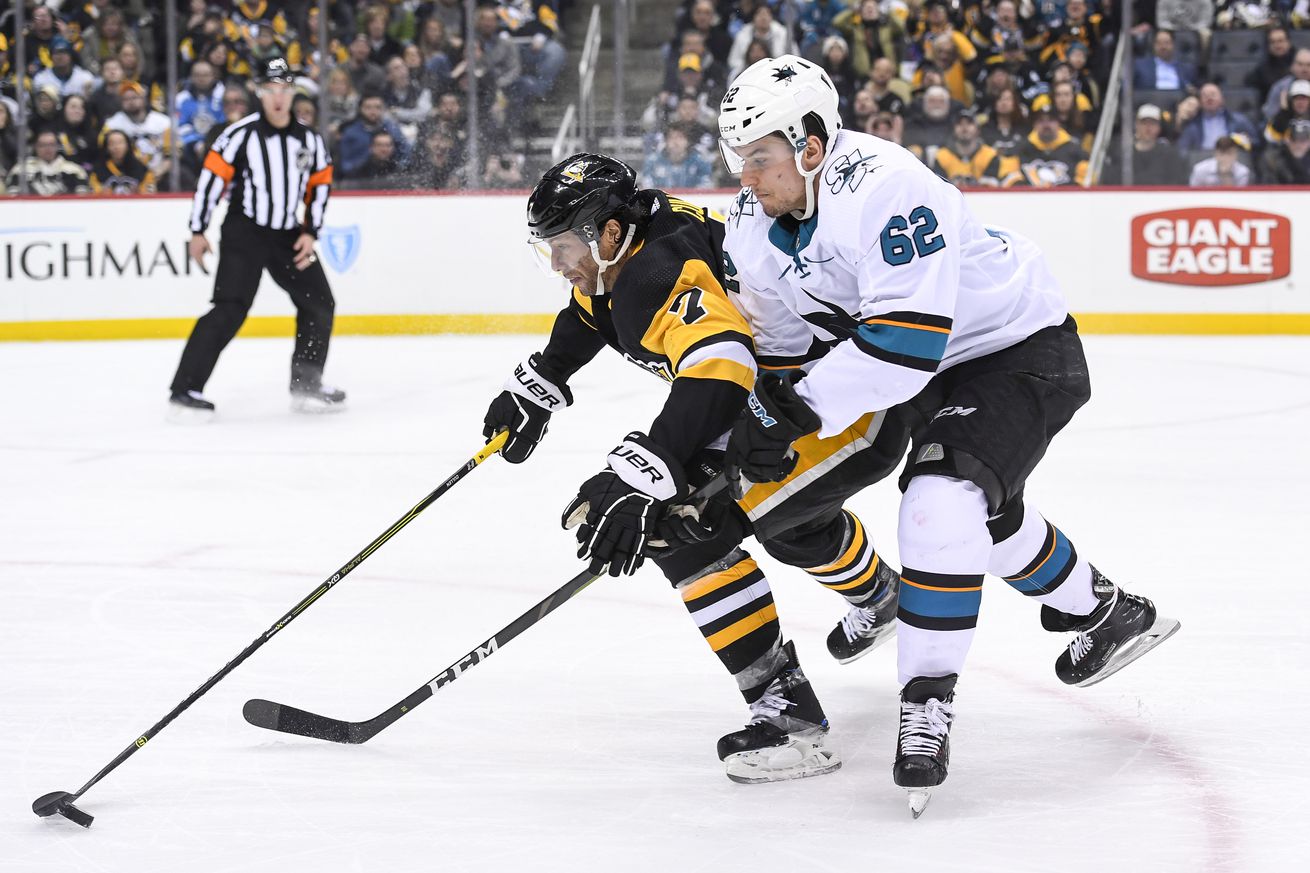 No Crosby, no problem? Think again.

It’s another early start for the San Jose Sharks, who head into Pittsburgh this afternoon as they continue swimming through the East Coast. After a New Year’s Eve loss to the league-worst Detroit Red Wings, the Sharks have lost their bite with only half of the season left to turn things around.

On the other end of the ice is a Pittsburgh Penguins team holding on to their third place position in the Metropolitan Division, even without Sidney Crosby, who had hernia surgery on November 14. The Penguins have won three straight and seven of their last eight, including Monday’s 5-2 win over the Ottawa Senators.

Potentially through a wrench in their plans tonight is the loss of another top-line player in Jake Guentzel, who was injured in the third period against the Senators. In his place will be former Arizona Coyote Alex Galchenyuk. That’s still a heck of a top line, but could affect the Penguins’ depth, especially on wing.

Get your lines here! Dell starts for the #SJSharks this afternoon. pic.twitter.com/GMOg8ZhOpy

Puck drop from PPG Paints Arena will be at 4 PT/7 ET. Tonight’s broadcast will be available on NBC Sports California in the Bay Area and on AT&T Sportsnet Pittsburgh for the visitors’ market. Streaming will be available on NHLtv. The radio call will be on 98.5 KFOX or available to stream through the Sharks + SAP Center app.