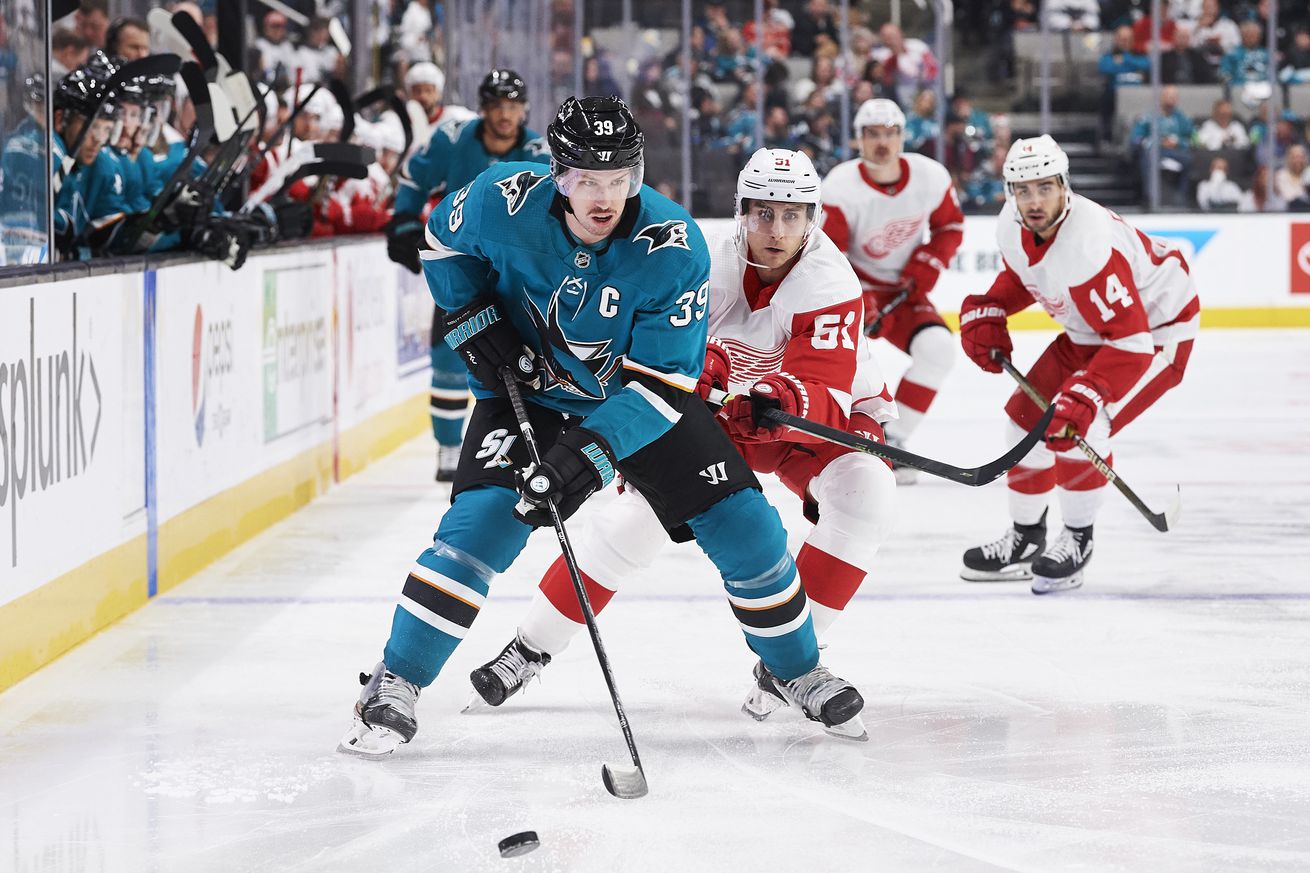 The Sharks look to ring in the New Year with a win.

Tonight, the San Jose Sharks (17-20-3, 7th in Pacific) head to Detroit, looking to string together consecutive wins for the first time since November 30 in a game against the hapless Red Wings (9-28-3, 8th in Atlantic). This will be the second and final game between the two clubs, as Detroit looks to avenge the 4-3 shootout loss they suffered in San Jose earlier this year.

The Sharks travel to Detroit after what can only be described as a relieving 6-1 statement win against the Philadelphia Flyers, one that saw plenty of first-ever NHL moments. Timo Meier wrote the night’s headline with his first NHL hat trick, and rookies Mario Ferraro and Joel Kellman made their own marks, as they both scored their first NHL goals. While Sharks fans can (and should) breathe a collective sigh of relief watching Meier, who has struggled to follow up on an impressive 30-goal campaign relentlessly light the lamp, the importance of San Jose getting solid contributions from players lower in the lineup shouldn’t be ignored. While Barclay Goodrow tallying three assists may not dominate highlight reels, and Martin Jones may not get Vezina talk on the back of his first one-goal-against outing in a month, it’s the kind of contribution the Sharks will need to see more of if they’re to right the ship in the new year.

The Red Wings, one of the National Hockey League’s most glamorous franchises, have been anything but this season, not only losing consistently, but thoroughly. They enter tonight on a six-game skid, which is somehow not their worst stretch of the season; at one point, Detroit had managed to lose twelve straight games, a feat that had previously gone unaccomplished league-wide since the 1988-89 season. In the 40 games they’ve played this season, they’ve posted a league-worst goal differential of -70 (a number somehow made even sadder when compared to the second-worst goal differential, the New Jersey Devils at -37) en route to only nine wins, earning them the distinction of being the only team in the NHL to not have a double-digit victory count this New Year’s Eve.

That said, it shouldn’t come as a surprise they’re struggling to both score and prevent goals, ranking dead last in the league in both goals-for and goals-against per game. Their special teams are an improvement, but only because one of them isn’t the league’s worst — they can thank their 24th ranked power play for that.

A tale as old as time: the dramatic emotional comedown that takes place following a visceral statement win. If the Sharks are to escape Detroit without being caught in the snare of a trap game, they’ll need to be wary of this. While the Red Wings are a decidedly bad team, they’ll be playing at home in front of a raucous pre-national holiday crowd, and if the Sharks emptied the tank against the Flyers in response to head coach Bob Boughner’s recent public comments or their locker room meeting, they could see the game get away from them quickly.

The importance of defenseman Radim Simek to this San Jose Sharks team can’t be overstated. Simek played his second consecutive game after a stint on injured reserve in the win against the Flyers, logging a little over 17 minutes of ice time. His physical, defensively responsible style of play not only helps counterbalance the more aggressive, offensively inclined blueliners of the Sharks, but it’s also effectively earned the trust of the coaching staff. When Simek is healthy, he’s trusted to play decidedly tough minutes, relieving the workload of notorious minute munchers Erik Karlsson and Brent Burns.

Put simply? This season, when Simek is in the lineup, the Sharks are 12-4-2 and have looked like a playoff team. When he’s been out, they’ve looked lost. Look to Simek to keep his teammates’ legs fresh on defense, and limit opportunities for talented opposing players like Tyler Bertuzzi and Dylan Larkin.

Jonathan Bernier has been the better half of Detroit’s goaltending tandem this season, despite the relatively pedestrian numbers (.900 save percentage, 3.19 goals against average) he’s posted thus far. In his last game, he limited a dynamic Tampa Bay offense stacked with playmakers to only two goals, despite facing 39 shots. It’s no secret the Sharks have struggled to score recently, only tallying 11 goals in their last 21 games, and if Bernier can string together some big saves early, he could put San Jose’s chances of winning in serious jeopardy. Getting on the board first will be huge for the Sharks tonight.