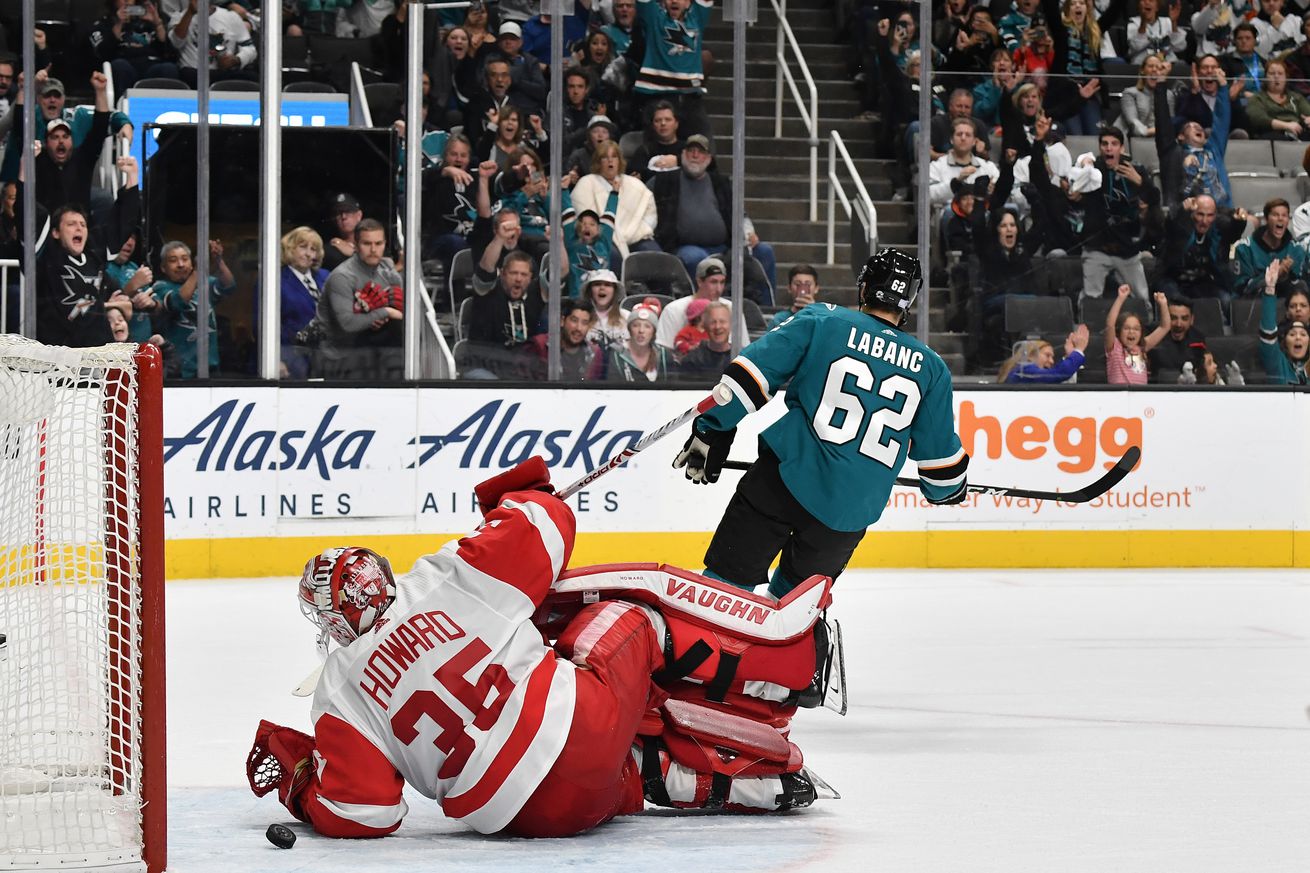 So let’s give it up for the New Year.

The San Jose Sharks are looking to ring in the new year right, with the potential of an easy victory over the only squad in the NHL yet to break double digits in the win column after the first three months of the season. The Detroit Red Wings are all but mathematically eliminated from the playoffs conversation, but if there’s one man in the organization that fans trust to have a plan, it’s General Manager Steve Yzerman, who will hopefully scrape a good draft out of this lost season.

Still, it’s no fun to watch a bad team and Sharks fans have learned about that particularly bleak experience firsthand this season, as even a coaching change has yet to fully bring the results this team is capable of. And unfortunately, if there’s one thing that sets these teams apart, it’s that Detroit has managed to stockpile picks (including a third-rounder from the Sharks included in the Gustav Nyquist trade last February), while San Jose could suffer a well and truly lost season if they don’t make the postseason.

At least this is supposed to be an easy win, right?

Jones is starting, everything else is a question mark for the last game of the decade for the #SJSharks. pic.twitter.com/jYSFKsvXZw

Puck drop from Little Caesar’s Arena will be at 4:30 PT/7:30 ET. Tonight’s broadcast will be available on NBC Sports California in the Bay Area and on Fox Sports Detroit for the visitors’ market. Streaming will be available on NHLtv. The radio call will be on 98.5 KFOX or available to stream through the Sharks + SAP Center app.